Please ensure Javascript is enabled for purposes of website accessibility
Free Article Join Over 1 Million Premium Members And Get More In-Depth Stock Guidance and Research
By Matthew DiLallo - Oct 20, 2017 at 11:00AM

MSA Safety's ( MSA 0.32% ) focus in recent quarters has been to use its balance sheet to make acquisitions that create value while managing costs to improve profitability. Both of those efforts paid dividends last quarter as the company's recent acquisition of Globe Manufacturing Company provided a notable boost to the bottom line while cost-cutting efforts took things a step further. Meanwhile, with strengthening incoming orders, it appears poised to continue growing for the foreseeable future. 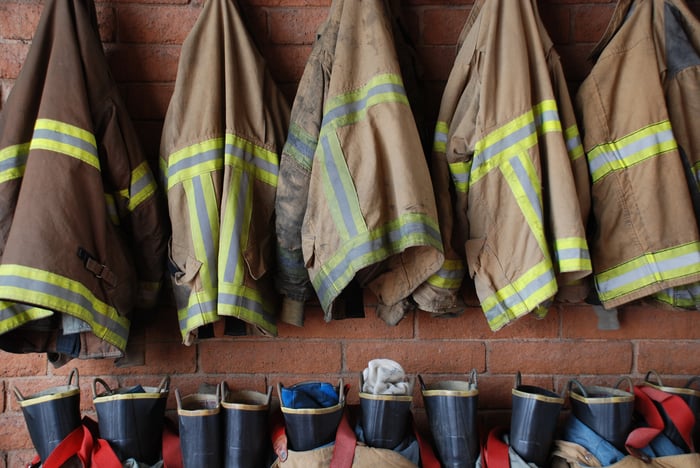 M&A and restructuring led the way.

Our third quarter results reflect our investments in strategic acquisitions and transformational restructuring programs that have streamlined our cost structure and driven earnings growth. We were able to generate non-GAAP earnings of $0.07 per share from our recent acquisition of Globe, and we have already exceeded our full-year cost savings target from previously announced restructuring activities.

Lambert pointed out that this year's restructuring programs have already cut SG&A expenses by $6 million, though they're actually up to $11 million on a constant currency basis. Those savings are providing a noticeable boost to the bottom line, which is giving it the financial strength to make strategic acquisitions and investments that are accelerating its growth rate.

Those dual drivers set the company up for continued growth. Furthermore, Lambert also noted that "our incoming order book continues to show strength in industrial products, and we've recently seen an improvement in demand from the fire service." He also pointed out that MSA SAfety carried a "healthy backlog heading into the fourth quarter." These factors, according to Lambert, "positions us well to continue enhancing shareholder value in the final months of 2017 and beyond."