Share of MSA Safety Incorporated (NYSE:MSA) rose just over 10% in April. All of that gain came in the last few days of the month, leading up to and directly after the safety equipment maker's earnings release on April 25. The April advance leaves MSA Safety down just 4% year to date.

MSA Safety's late April earnings release started with a weak top line, down 5% year over year for the quarter. But that was pretty much the extent of the bad news, with the bottom line, helped along by cost-cutting efforts, coming in at an adjusted $0.58 a share, up from $0.48 last year. 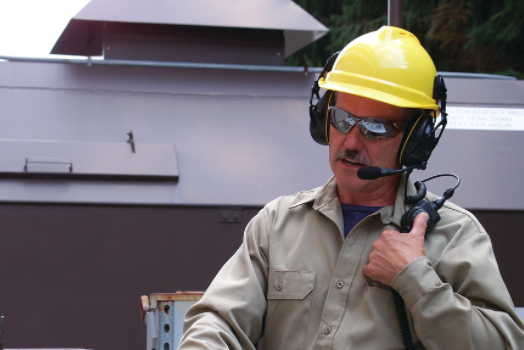 CEO William Lambert noted that the top-line miss was partially the result of several large orders in the year-ago period. And he added, encouragingly, that, "After seeing solid order improvement late last year in short-cycle industrial products, like hard hats and portable gas detectors, we continued to gain traction in these areas in the first quarter." That suggests that the second quarter could be a decent one, too.

MSA Safety Incorporated's first-quarter results follow along with management's comments from its 2016 earnings release about its expectations for the new year. That's a positive sign, and it suggests that the weak markets the company worked through last year are starting to turn higher. Having streamlined the company's cost structure over the past year or so, it's reasonable to expect solid results from MSA Safety as the year progresses. And if end market demand continues to pick up, too, 2017 could turn into a pretty good year for the safety equipment maker.