This company spun out of Major League Baseball could throw a curve at Netflix.

Investors need to keep a close eye on the competition. In the case of Netflix (NFLX -1.59%), there is a never-ending focus on rivals like Amazon's Prime Video and Time Warner's HBO. Hiding in the weeds is a private company, BAMTech, that recently picked up a $1 billion infusion of cash from a very public company, The Walt Disney Company (DIS -0.38%).

If BAMTech can take Disney "over the top" and straight into people's homes through their internet connections, the House of Mouse may choose to not renew its content deal with Netflix and Netflix subscribers could have a tantalizing new choice. BAMTech already provides streaming for clients including the WWE, the NHL, and HBO and says its clients' over-the-top products have 7.5 million paid subscribers. Let's dig into where BAMTech came from and what it is.

Major League Baseball Advanced Media (BAM) was formed by Major League Baseball in 2000 to help create websites for each Major League team and create the technical organization for the league to navigate itself into the world of the internet. The owners were smart enough to realize there was a lot they didn't know about this new technology and its future and each of the 30 teams agreed to pitch in $1 million per year for four years.

In 2003 BAM rolled out MLB.tv to the delight of over 100,000 baseball fans, who gladly paid $79.95 each to have internet access to every out-of-market broadcast for a full season. 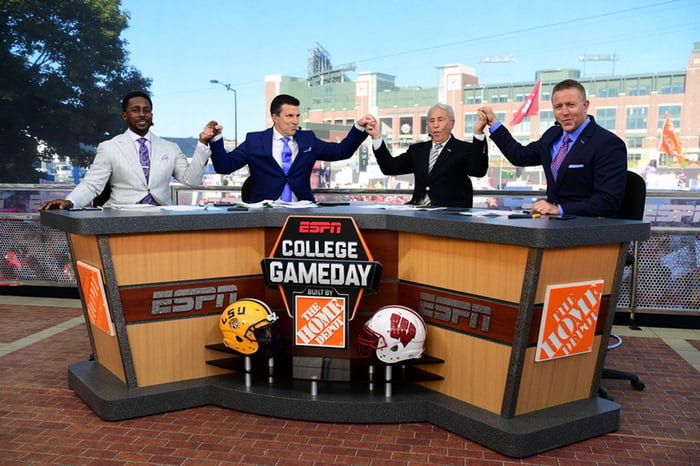 The success of MLB's streaming service caught the industry's attention. The company came so early to internet streaming that it conquered technical challenges before many others. Keep in mind, as a point of comparison, that Netflix did not start streaming shows until 2007 -- four years after MLB Advanced Media launched MLB.tv.

By solving problems that were important to sports fans, like syncing across devices (allowing a fan to move from a desktop to a mobile device without missing a pitch) and building out a presence across the web (via data centers with high-speed fiber interconnects), the company became an attractive alternative for other sports leagues that wanted to offer content via streaming without developing the infrastructure on their own.

In 2015, Major League Baseball decided to spin out a portion of the MLB Advanced Media operation into a separate company, and it took on the name of BAMTech.

BAMTech started streaming content for World Wrestling Entertainment in February 2014 on the WWE Network. In April 2015, BAMTech launched HBO Now, after HBO had pulled the plug on an effort to stream its own content called HBO Go. That summer, the PGA Tour signed on to have BAMTech put its events online. These deals were examples of outside companies coming to BAMTech, paying it a fee, and having BAMTech take over all aspects of streaming each company's content on worldwide.

In 2015, the National Hockey League (NHL) sold the rights to its streaming content for six years to BAMTech in a deal valued at $1.2 billion. In return, the NHL received what was rumored to be a 7%-10% stake in the company and $100 million per year in streaming-rights fees. The NHL became a part-owner of MLB, which was different than the prior deals that BAMTech had done.

Disney gets into the act

Things got even more interesting for BAMTech in August 2016 when Disney, which was looking for an over-the-top solution for its various content properties, negotiated a deal to buy 33% of BAMTech for $1 billion. This gave Disney an ownership stake in a company that could help transform Disney, ESPN, and ABC into direct-to-consumer streaming services. Just like the industry players before it, Disney realized BAMTech offered a turnkey solution that would take Disney years to replicate on its own.

Disney also has the option to take majority ownership of BAMTech in the coming years.

Here is how Disney CEO Bob Iger characterized the deal in a press release:

Our investment in BAMTech gives us the technology infrastructure we need to quickly scale and monetize our streaming capabilities at ESPN and across our company ... We look forward to working closely with BAMTech as we explore new ways to deliver the unmatched content of The Walt Disney Company across a variety of platforms.

In February, BAMTech bolstered its management team by hiring a former VP of digital video at Amazon, Michael Paull, to be its new CEO. In his public comments he thanked not only MLB, but also Disney.

What happens if Disney goes rogue?

As a Netflix shareholder, I'm concerned, and you can probably see why. Some are predicting Disney's current contract with Netflix will expire in either 2019 or 2020. The Disney content on Netflix -- which includes titles from Disney, Marvel, Lucasfilm, Pixar, and Disneynature -- could be considered the most valuable third-party content on the Netflix platform. If Disney decides to launch its own OTT network through BAMTech, all that content could be lost to Netflix subscribers.

Little-known BAMTech might just become a key Netflix competitor. Parents may decide to subscribe to a Disney OTT network to provide their kids with Disney content. Would those same parents hang onto a Netflix subscription for themselves? My guess is some will, but not all. The bigger loss may be people who don't have Netflix but are looking for streaming children's content in the future. They might go straight to an OTT Disney network and sign up for something besides Netflix to get non-kids content. Netflix would lose the automatic child appeal that comes with the Disney brand.

To understand the competitive streaming landscape, keeping an eye out for what BAMTech does next is a must. It is one more tool in Disney's holdings that could cause trouble for Netflix.