Please ensure Javascript is enabled for purposes of website accessibility
Log In Help Join The Motley Fool
Free Article Join Over 1 Million Premium Members And Get More In-Depth Stock Guidance and Research
By Nicholas Rossolillo - Apr 28, 2017 at 9:44AM

2016 may have been a watershed for Dick's Sporting Goods (DKS 1.96%). While many brick-and-mortar stores suffered at the hands of internet retail, Dick's used the upheaval in the industry to its advantage. Share prices followed suit and have been up as much as 75% since the start of 2016. The question now is whether the largest sports-only merchandiser can keep up the pace. 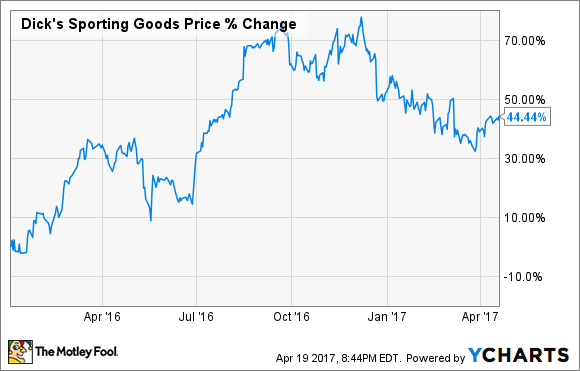 The power of disruption

Last year, the athletic gear industry was in the news as several high-profile chains closed down. Pressure from digital sales, which started out as an add-on service but have begun to take over as a preferred way of shopping for many people, helped crush some chains. During the last earnings call, CEO Ed Stack summed it up this way [transcript via Seeking Alpha]:

2016 was certainly a unique time in our industry. We have taken advantage of the market disruption by capturing significant market share left behind by The Sports Authority, Sports Chalet, and Golfsmith. As we've studied the consolidation in our industry, we felt it prudent to conduct a thorough review of our business, including our stores, merchandising strategy, and vendor structure.

As to the comment on market share, Dick's was a benefactor from other sports merchandisers' pain. The Sports Authority was the most notable of those closings. The former reigning champ of the industry filed for bankruptcy and was liquidated, but Dick's scooped up 31 lease agreements, of which it kept 22. The small Golfsmith chain and 30 of its stores were also purchased. Subsequent to the buyout, 10 of Dick's Golf Galaxy stores were closed that overlapped with the new Golfsmith stores. 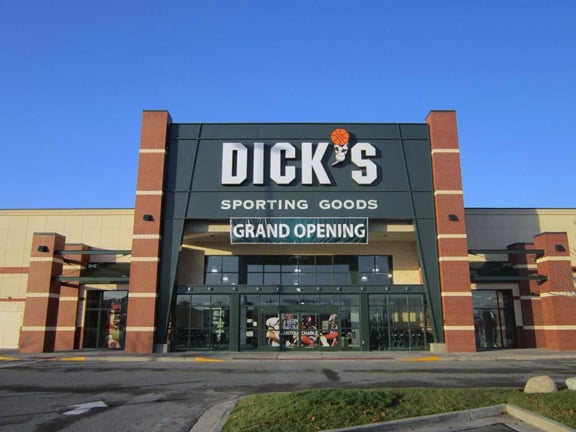 In addition to those acquisitions, the company also enjoyed 3.5% same-store sales growth during the year, including a 27% gain in e-commerce in the fourth quarter. Top line sales grew 9% on the year.

The numbers were good, but that is all history now. The trick now will be to not fall into the same trap the now-defunct players fell into.

Dick's has been working up a new strategy in response to the changing retail climate. Opening new stores vacated by the competition will continue -- 11 new locations were announced since the last report in early March -- but the second half of Stack's comment above was also of interest. After reviewing its business, some vendor and merchandising changes are on the way.

Going forward, the company will classify vendors into three groups. The bottom group are vendors that will be eliminated. Twenty percent of current vendors fall into this category and will be given the ax in the next year. The middle category are vendor relationships that will be maintained for transactional business only. 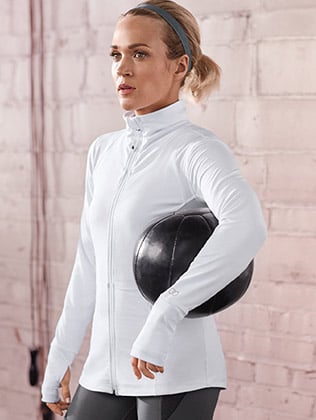 The top tier, though, are companies that Dick's will invest money into. The special relationships will yield the chain a portfolio of private brand and exclusive gear it can offer in-store and online. One such example of exclusivity is the clothing lineup CALIA by Carrie Underwood, which has grown into the third-largest women's brand at Dick's since launched two years ago.

Two new brands will be announced later this spring, further sending the company down the path of differentiation. Stack said he sees exclusive brand and merchandise sales reaching $1 billion this year, which is significant considering net sales were $7.9 billion in 2016.

Dick's has had success in pushing omni-channel growth and has benefited from others' demise. At current levels, the stock looks like a value. Profitability was beaten up last year thanks to the purchases of key competitor assets, dropping 9.5% compared to 2015, most of which came during the fourth quarter.

The outlook for 2017 is brighter, though, as the company sees a return to bottom-line growth. Earnings per share are expected to go up 42% at the low end of management guidance. A lot of positivity was priced in with the share price run-up in the last year, but the forward price-to-earnings ratio is at a modest 14.

While the shakedown in retail is hurting some stores, the trial by fire has helped Dick's Sporting Goods get better. The stock looks like a rare worthwhile consideration in the industry of selling stuff.