Please ensure Javascript is enabled for purposes of website accessibility
Log In Help Join The Motley Fool
Free Article Join Over 1 Million Premium Members And Get More In-Depth Stock Guidance and Research
By Daniel Miller - Apr 28, 2017 at 11:45AM

The publisher's stock is down, but don't count this company out in the long run.

Shares of Time Inc. (TIME) have cratered today, down by 18% as of 11:34 a.m. EDT, after the media company announced that its forward-looking strategy did not include being acquired.

Time was originally under pressure from activist investor Jana Partners, according to sources cited by the New York Post, and it was likely that pressure that persuaded Time to explore potential suitors to acquire the company. Despite all the rumors coming from the development, Time made it clear today that the company had not initiated a process to evaluate any potential interest or offers. 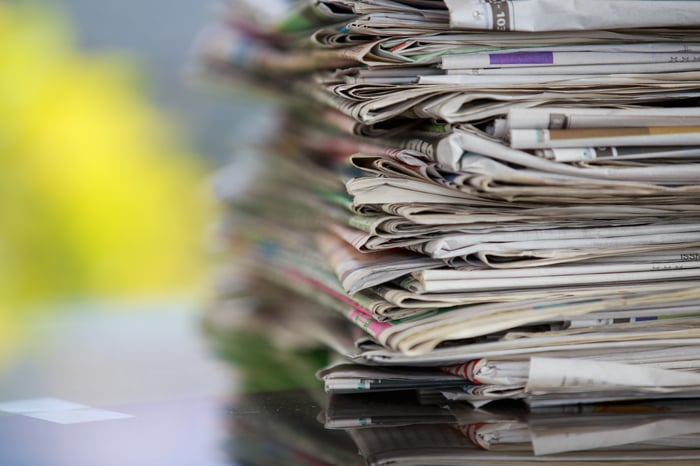 Time Inc. is one of the world's leading multi-platform media companies, engaging over 170 million US consumers across digital and print every month through a portfolio of premium, iconic brands. We strongly believe in the future and potential of this Company. The Board has full confidence in Time Inc. President and CEO Rich Battista and the management team to execute on the strategic plan.

While Time does indeed own a multitude of valuable and recognizable brands that should attract plenty of advertising interest -- especially those looking for larger partners with extensive demographic reach -- its revenue has steadily declined over the past three years. Management remains confident that strategic efforts can turn that around through growth in digital efforts and strategic new partnerships and products, as well as cost reductions.

Investors were evidently disappointed the near term won't include a jump in price due to an acquisition, and the result is a drastic 18% decline. However, at the end of the day, Time has a valuable consumer base and phenomenal brands that generate superior content -- including People, Sports Illustrated, Time, Southern Living, and Entertainment Weekly -- so I wouldn't count the company out just yet.

What Meredith's Purchase of Time Inc. Means for Magazine Publishing