The magazine publisher's stock price nosedived at the end of April when it said that it does not plan to sell itself. The company had long been rumored to be a takeover target, most notably by a consortium of private investors led by former Time Warner Music Chairman Edgar Bronfman Jr., who reportedly tried to buy Time on more than one occasion.

Yet despite those buyout offers, as well as reported pressure by activist investor Jana Partners to pursue a sale, Time has decided to remain independent.

Time Inc. is one of the world's leading multi-platform media companies, engaging over 170 million US consumers across digital and print every month through a portfolio of premium, iconic brands. We strongly believe in the future and potential of this Company. The Board has full confidence in Time Inc. President and CEO Rich Battista and the management team to execute on the strategic plan. 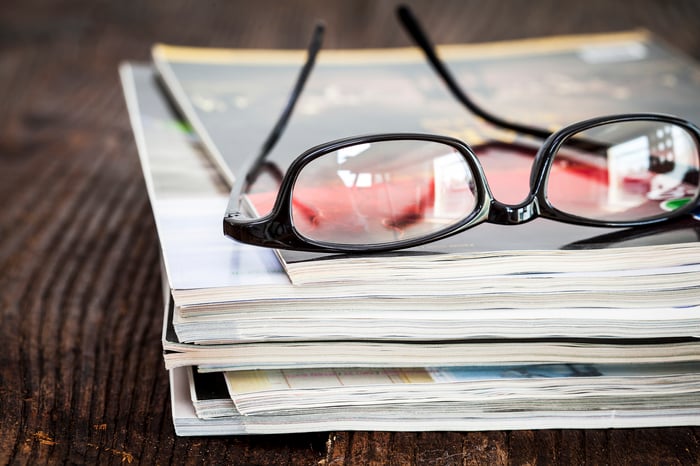 Time's troubles have continued into May, with the stock down another 15% after the company announced brutal first-quarter results along with a 75% cut to its dividend.

Moreover, in a sign that there may be some turmoil among its leadership team, Time said that Executive Chairman Joe Ripp was resigning.

All told, with its core operations struggling, upheaval in its management, and ad industry trends increasingly moving away from magazine publishers in favor of digital platforms, investors may be best served by steering clear of Time's stock.