The Karma drone was a surprise hit, but inventory and margins are worth watching for investors in GoPro.

There was a lot for investors to digest in GoPro's (GPRO -1.25%) first-quarter earnings report, released after the market closed Thursday. Revenue was up 19% to $218.6 million and its non-GAAP net loss declined 28% to $62.8 million, or $0.44 per share, both of which were better than analysts' consensus expectations.

But within the report, there were some factors that I think investors need to keep an eye on for the long term. And inventory, Karma sales, and gross margins caught my eye in the report. 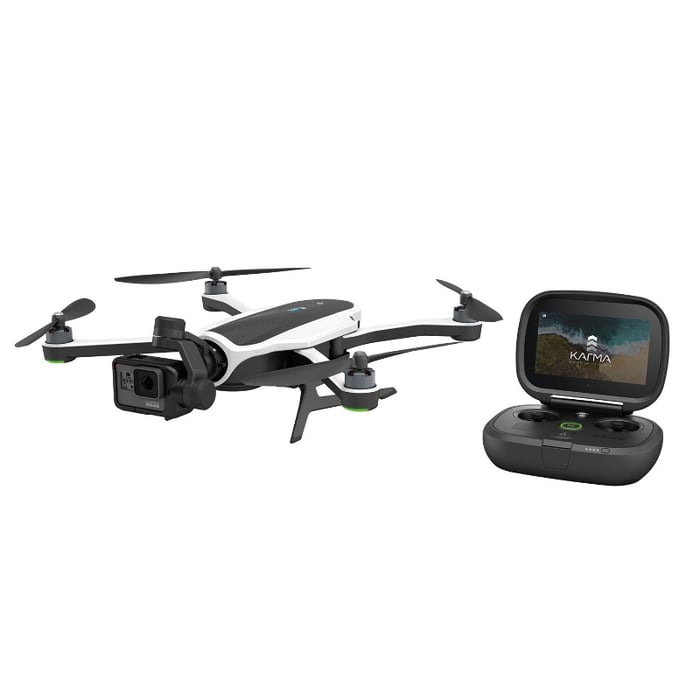 Karma was a big winner for GoPro with the #2 market share in the $1,000 plus drone category. Image source: GoPro.

Beyond the headline numbers like revenue and net income, inventory may be the most critical metric GoPro has to get right going forward. It was an excess of inventory in 2015 that got the company in trouble, and it's taken a year and a half to dig out of that hole.

That's why Q1's inventory of $207.7 million, up from a low of $89.9 million at the end of Q2 2016, is such a shocking number. Sure, additional inventory was needed for the Karma launch, and GoPro says its channel inventory (inventory held at retail and distribution customers) is low, but the current level is higher than investors should be comfortable with.

To put current inventory into perspective, what it has on hand is enough product to meet almost all of second quarter 2017's demand, based on revenue guidance of $270 million. And any product company should want to turn over inventory more often than every two or three months.

According the GoPro, NDP said that in March, the Karma was the second-best-selling drone in the U.S. over the $1,000 price point (includes a camera). That's a very small data set, but it's an incredible stat given how new GoPro is to the market, and how many companies have failed on the drone front before it.

I've written time and time again that the Karma isn't a perfect product, and GoPro is a long way from being the industry's leader. But if it can make a drone that's "good enough" and a compelling value proposition for customers, keep it airborne, and improve it year after year, that'll be a huge win for the company. Despite all of its flaws, we may look back on Karma as a success story after all.

Gross margin is bad, but improving

We don't yet know if GoPro can hit the 40% gross margin level, but if it can, it will have a much easier path back to profitability. At a 40% gross margin, the company would require $1.24 billion in sales in 2017 to hit the breakeven point, assuming non-GAAP operating expenses of $495 million. But if gross margin holds at 32.3%, GoPro would need $1.53 billion in sales to break even. So it's good to see management guiding for higher margins early in 2017.

Investors will want to watch inventory, margins, and Karma's progress throughout the year. And if the stock is to see substantial gains, the company will need to release new products to inspire consumers, particularly in the all-important holiday season. A strong Q1 is good, but it's a seasonally slow quarter -- GoPro isn't out of the woods yet.