Twitter is helping advertisers verify their ad dollars are being well-spent.

One area where Twitter (TWTR -0.56%)  has shown promise is in delivering consistent revenue. The bulk of that revenue comes from advertisers.

The company recently announced a move to help advertisers better measure the effectiveness of advertising on Twitter. It signed on with "industry-leading third-party measurement providers" to help advertisers better verify if their ad was delivered to the right audience, including making sure the audience was human. This is important for advertisers who are questioning the authenticity of the data they are receiving from social media platforms as well as the efficacy of advertising on these platforms. 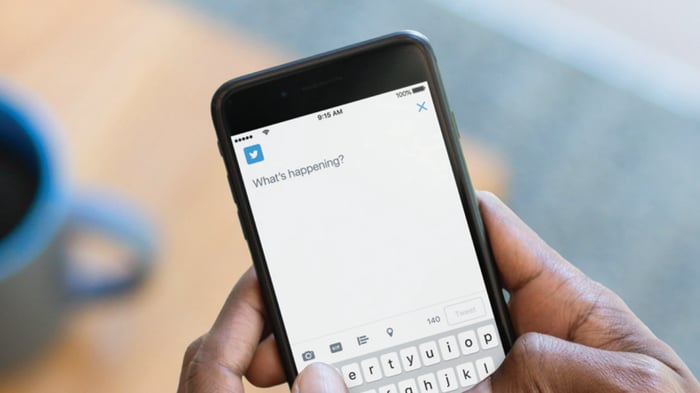 Why advertisers are concerned about social media platforms

Last year, Facebook was caught in an awkward position when it had to explain that it had been  overstating the average time people viewed video ads on its platform. The fault was in the methodology the company was using, which cast aside all data from ads that were viewed for less than three seconds. Reports indicated the company had overstated average viewing times by between 60% and 80%. The company admitted the problem had been in existence for a period of two years and said it would take steps to eliminate the mistake.

In March of this year, YouTube received an ultimatum from advertisers who pulled their ad spend from YouTube until it could guarantee that brands would not see their ads appear next to extremist videos.

Like Facebook Alphabet quickly accepted responsibility for the problem and agreed to remedy the situation for its advertisers.

Twitter is looking to have third parties enhance the platform's measurement capabilities by providing advertisers with an independent verification of the viewability of their ads and advise advertisers as to whether the ad reached the intended audience.

Advertisers paying for ads that aren't viewed by humans is part of ad fraud, which costs advertisers an estimated $8.2 billion per year in the United States, according to the Interactive Advertising Bureau. Twitter wants advertisers to know who or what is seeing their ads. It has formed new relationships with two companies: Moat, which Qualcomm just announced it's buying, and Integral Ad Science. Advertisers can use either company to verify that their ad is seen by humans, as opposed to bots. Twitter said a review of its ad impressions showed more than 99% were viewed by humans.

Twitter also announced expanded relationships with Nielsen and comScore that will allow advertisers to measure whether their ads were delivered to the intended audience. Nielson Digital Ad Ratings helps advertisers look across computer and mobile viewing on a next-day basis to ensure their message is reaching the desired audience while comScore's validated Campaign Essentials delivers real-time data.

By working with four different measurement companies Twitter is allowing its advertisers a wide choice of who they can work with to verify that the ad dollars they spend on Twitter are being put to good use.

Twitter has struggled with growing its user base, although its recent first-quarter report showed a boost of 9 million monthly active users from the previous quarter. Management also deserves credit for being proactive and creating relationships with third parties to help instill confidence in its advertisers, which will hopefully bring more advertising dollars to the company.