The machine learning segment -- where computers learn how to do specific tasks themselves -- has been around since the 1950s, but it has't been until recently that companies have been able to tap the vast resources of computer data with this technology.

And now investors are beginning to see the value as well. That's because the AI market, which includes machine learning, will surpass $47 billion by 2020, up from just $8 billion last year.

And within the machine learning space, three key players have emerged: IBM (NYSE:IBM), Amazon.com (NASDAQ:AMZN), and Microsoft (NASDAQ:MSFT). These companies accounted for a combined 73% of the machine learning market last year, according to Transparency Market Research, so let's take a look at what each is doing in the space and how they're likely to continue dominating. 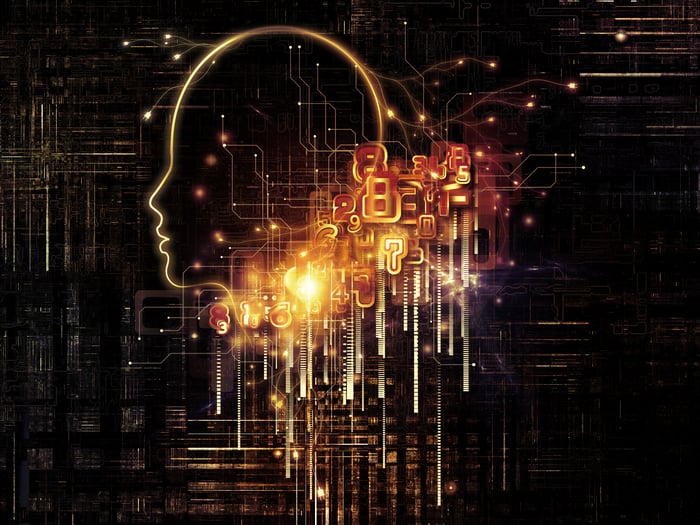 Azure machine learning services are used across retail, manufacturing, financial services, healthcare, and other sectors that allow companies to sort through tons of data and find ways to use it more efficiently.

One example would be Carnival Cruises' use of Microsoft's Cortana Intelligence Suite services to improve the efficiency of its water consumption for a few of its ships, which is now saving the company $200,000 per year for each ship.

Microsoft doesn't break out its machine learning revenue from the rest of its cloud business, but the company is moving in the right direction -- its commercial cloud annualized revenue run rate will hit $20 billion in fiscal 2018 -- and its machine learning service should benefit as a result.

Amazon CEO Jeff Bezos devoted a good chunk of his annual investor letter to what the company is doing in machine learning. You can read everything Bezos said about machine learning here, but the most important part is how the company is using the technology to bring new offerings to its Amazon Web Services (AWS) customers.

Bezos said in the shareholder letter that, "Inside AWS, we're excited to lower the costs and barriers to machine learning and AI so organizations of all sizes can take advantage of these advanced techniques."

While these machine learning services may seem like simple add-on features for AWS, investors should remember that anything that keeps customers hooked on Amazon's cloud computing service is very good thing for the company. Amazon's AWS revenues hit $3.6 billion in the first quarter of this year, up 43% year over year.

IBM has been at the forefront of machine learning since the technology's inception, and the company is still leading the charge. IBM recently added Watson to its mainframe customers so they can more easily sort through massive amounts of digital data.

The company believes most of the data that's out there is housed inside of the private clouds that companies host themselves, and it wants Watson to be the premiere machine learning service for sorting through all of that company cloud data.

A key focus for IBM has been in using Watson in the healthcare data market, to help sort through genetic testings, discover new drugs, and analyze patient engagement. It's one of the reasons IBM invested $4 billion so far in acquiring cognitive healthcare companies.

Machine learning is part of the broader cognitive computing market, which is only now starting to take off. Amazon, IBM, and Microsoft are all early leaders in the space, and with this head start, it's likely this group will continue to lead the way for the foreseeable future.