Please ensure Javascript is enabled for purposes of website accessibility
Log In Help Join The Motley Fool
Free Article Join Over 1 Million Premium Members And Get More In-Depth Stock Guidance and Research
By Anders Bylund - May 1, 2017 at 5:32PM

The digital video veteran does worry about hackers, but this was hardly a worst-case scenario.

Last week, a group of hackers claimed to have the next season of Netflix (NFLX 2.72%) hit Orange Is the New Black available, more than a month ahead of the planned June 9 premiere.

The hackers contacted Netflix and the production company from which the content had been stolen, demanding five-figure Bitcoin payments in return for keeping pirated copies of the show out of the public eye. Neither company sent any money, and rough cuts of the first 10 episodes went online. 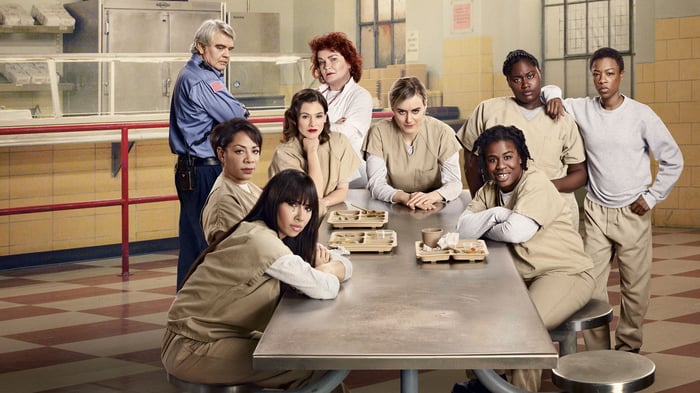 If Sarandos' high expectations for Orange-based growth weren't enough, consider this snippet from the section on business risks in Netflix's latest 10-K filing:

Any attempt by hackers to obtain our data (including member and corporate information) or intellectual property (including digital content assets), disrupt our service, or otherwise access our systems, or those of third parties we use, if successful, could harm our business, be expensive to remedy and damage our reputation. We have implemented certain systems and processes to thwart hackers and protect our data and systems. To date hackers have not had a material impact on our service or systems however this is no assurance that hackers may not be successful in the future.

Perfect security does not exist, and whoever is telling you otherwise also has a couple of famous bridges for sale. Here's a direct example of hackers getting their hands on important Netflix data, the company's best security efforts notwithstanding.

This breach did not result in Netflix customers having their credit cards or personal information exposed. Instead, the so-called Dark Overlord group snatched unfinished copies of an eagerly awaited hit show. The leaked files were at the low end of high-definition quality, with unfinished sound mixing and color correction.

So it's not a perfect representation of Netflix's final product, but certainly enough to reveal major plot points and the general gist of the season.

What will Netflix do about this hack?

The company has a few options at this point:

No. 4 is obviously a joke. Going that route would establish a precedent that extortion threats will result in big-money payments, setting the stage for a Wild West drama of hackers versus content producers. This is not a real option.

Choice No. 3 is not much better. Netflix has a history of publishing new seasons of hit shows early, including a slightly accelerated release of Orange In the New Black season 3. But that was a six-hour twitch, not several weeks' worth of rushed access. I'd be shocked if the new season were completely polished and ready for release this early.

We're more likely to see some variation of options 1 and 2. Netflix may or may not issue an official statement on the hacker situation, and executives may or may not drop the Dark Overlord into unrelated press events or online media posts.

The fifth option may very well get baked into Netflix's final response. In fact, I expect it.

The company could choose to make a marketing thing out of it -- or just get it done in secret. This could be done by inserting "deleted scenes" material, reshooting a few key scenes and maybe a new ending, or simply doing a remix on the finished and approved content. Either way, the pirates come out looking inaccurate and incompetent, and Netflix has turned the tables on this extortion scheme.

Netflix has an opportunity to turn this content leak into a marketing win. Ted Sarandos and CEO Reed Hastings can drive home the point that piracy doesn't pay, and that it's better to simply wait a few more weeks to get the real thing straight from the source.

None of this is likely to convert hardcore pirates into paying Netflix customers, but the leak itself will hardly hurt Netflix's subscriber growth, either. It's a non-event at worst, and a clever anti-piracy marketing play at best.