Shares of Qualcomm (NASDAQ:QCOM) declined nearly 20% since the beginning of the year, because of ongoing concerns about its core chipmaking and patent licensing businesses. Let's examine the bearish and bullish takes on this stock to see if it will sink or swim this year.

Why Qualcomm could sink 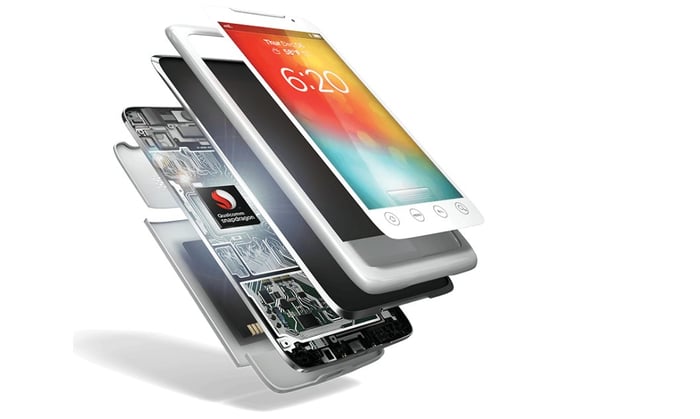 The Qualcomm CDMA technologies (QCT) business, which makes Qualcomm's flagship Snapdragon processors, is ceding market share to cheaper chipmakers such as MediaTek and first-party chips from original equipment manufacturers (OEMs) such as Apple (NASDAQ:AAPL), Samsung, Huawei, and Xiaomi. The QCT unit also recently lost its exclusive spot producing baseband modems for iPhones to Intel (NASDAQ:INTC), which won a portion of the design wins for the iPhone 7.

The Qualcomm technology licensing (QTL) business, which owns a massive portfolio of 3G and 4G patents, collects royalties on every smartphone sold worldwide. That business model is being challenged by defiant OEMs and government regulators, which claim that Qualcomm's cut -- 3.5% to 5% of the entire device's price -- is too high. There are also persistent allegations that Qualcomm leveraged its dominance of wireless patents to push former chipmaking rivals such as Texas Instruments out of the application processor market.

As a result, Qualcomm was fined in China and South Korea, had to negotiate new licensing terms with Chinese OEMs, was charged by the FTC for using anti-competitive tactics, lost a royalty dispute with BlackBerry, and was sued by Apple. Apple even recently stopped paying all licensing revenues to contract manufacturers of the iPhone, which forced Qualcomm to slash its third-quarter forecasts sales forecast by $500 million. That bleak warning indicates that Wall Street's current estimates for flat sales growth and 5% earnings growth this year might be far too optimistic.

Why Qualcomm could swim

Qualcomm's near-term headwinds look brutal, but the company remains the best in breed producer of mobile systems on chips, which bundle together application processors, GPUs, and baseband modems. Samsung's use of Qualcomm's Snapdragon 835 in U.S. versions of the new Galaxy S8 indicate that the chip will probably keep powering top-tier flagship devices for the foreseeable future.

Qualcomm is also diversifying its QCT business away from mobile devices, with new Snapdragon chipsets for wearables, drones, connected cars, other Internet of Things gadgets, PCs, and even data centers -- which should all reduce the weight of smartphone chips on Qualcomm's top line. 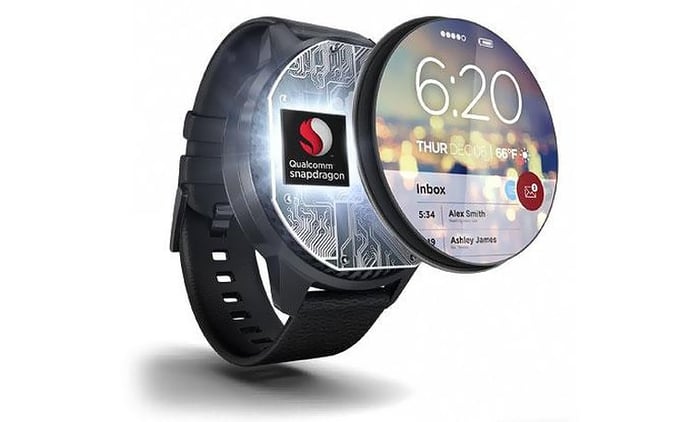 Qualcomm's planned acquisition of NXP Semiconductors (NASDAQ:NXPI), which was recently approved by U.S. regulators, will also make it the biggest automotive chipmaker in the world and boost its estimated revenues for 2018 by nearly 40%. This move, which complements the launch of its Snapdragon Automotive chips in 2015, will help it challenge companies like NVIDIA in the connected and driverless car markets over the next few years.

As for licensing fees, Qualcomm's patent portfolio still gives it plenty of legal clout against defiant companies like Apple. Qualcomm might eventually be forced to reduce its cut -- for example, basing its cut on the price of wireless components instead of the entire device -- but fines and lawsuits won't likely kill the entire business.

Lastly, Qualcomm is a cheap stock with a high dividend -- which is increasingly rare in today's frothy market. The stock trades at 18 times earnings, which is much lower than its industry average of 28; and it pays a forward dividend yield of 4.3%, which is supported by a comfortable payout ratio of 71%. Those figures should limit Qualcomm's downside potential for the foreseeable future.

My verdict: Qualcomm will tread water

It will be tough for Qualcomm to rally meaningfully this year, because of all the challenges it faces from rival chipmakers, irate regulators, and defiant licensees. But I also doubt that it will sink, since its expansion into adjacent markets and the NXP deal should greatly improve its long-term prospects. Instead, I believe that it will tread water, since its low valuation and high dividend should attract income investors and set a floor under the stock.