It's always wise to be prepared before digging into a company's quarterly earnings.

Earnings season is in full swing, and Yamana Gold (AUY -4.83%) is set to join the party when it releases its Q1 earnings on May 3. There will be plenty of ground to cover in the company's report, and it's easy to get overwhelmed, so let's home in on some of the things we can expect management to address.

What's the deal with debt?

Having reduced the company's net debt by $370 million since December 2014, Yamana's management claims its debt-reduction initiative is far from complete. In early 2016, management stated its goal of further reducing its debt by $300 million through 2016 and 2017. Working toward achieving that goal, Yamana reduced its net debt by $160 million last year. 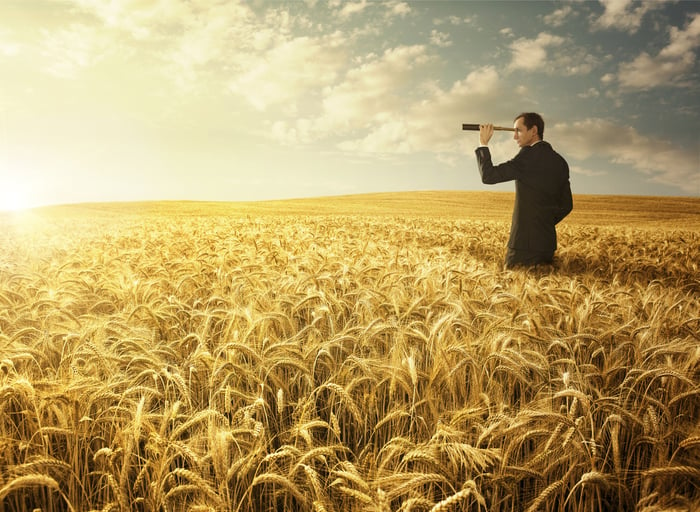 The reduction of debt in and of itself is a worthy endeavor, as the company will be able to improve its cash flow by reducing interest payments. But that's not the only reason why management is motivated to improve its balance sheet. Management has set a target of achieving a net debt-to-EBITDA ratio of 1.5 to 2.0 -- something which it characterizes as "prudent financial policy and planning."

Addressing the company's near-term growth strategy, management revealed in a mid-February press release that the company -- foregoing acquisitions -- will be "pursuing organic growth within its portfolio to increase production and cash flow." As a result, investors should make sure that the company is successfully executing the development of projects in its pipeline.

For example, management anticipates Cerro Moro, located in Argentina, will be "the largest single contribution for overall production increases for both gold and silver." But the mine's value transcends gold production. Management forecast co-product all-in sustaining costs (AISC) for Cerro Moro to be less than $600 per gold ounce. To put this in perspective, Yamana reported co-product AISC of $911 per gold ounce in fiscal 2016. Clearly, success at Cerro Moro could go a long way in helping the company to improve its margin.

Besides the development of a new mine, the improvement of mines -- like Chapada, one of six cornerstone mines -- already in operation is extremely important. In the earnings report, investors should confirm two things related to Chapada: the completion of a processing optimization project, and advancement of its expansionary project, Suruca.

In Yamana's 2015 annual report, management reported that the "organic generation of cash flow" will play a pivotal role in the $300 million debt-reduction initiative. Furthermore, generating sufficient operational cash flow will ensure the company is able to fund its sustaining and expansional capital expenditures without having to take on more debt or resort to equity raises -- something which management has relied on recently to keep the drills going. For example, over the past five years, the quantity of Yamana's outstanding shares has increased by more than 27%, according to YCharts.

Management is optimistic that Yamana will achieve its debt-reduction target this year. Since it has stated its belief that it will accomplish this with increased cash flow, investors should seek confirmation that the company is successfully growing both its operational and free cash flow and using it to execute the debt-reduction strategy.

In addition to verifying that Yamana is continuing to shore up its balance sheet by reducing debt, investors should pay close attention to the company's development pipeline (it's crucial for a company eschewing acquisitions). Success at Cerro Moro -- besides increasing the company's gold production -- could go a long way in helping the company to improve its margin. Similarly, Suruca should be important in growing the gold pile; production is expected to begin in 2019. Of course, it's equally important to consider the longer time horizon, confirming success in the company's exploration program, which is vital to its long-term growth.