For quite a while, Apple (NASDAQ:AAPL) executives seemed happy to highlight quarter after quarter of market share gains in the personal computer market with its Mac notebook and desktop products. However, due to a lack of compelling updates to its product lines, the company suffered several quarters of personal computer share declines.

With the launch of the company's new MacBook Pro computers back in October, Apple began seeing its Mac business rebound. In the first quarter of the company's current fiscal year, it saw Mac units grow 1% and Mac revenue grow 7% year over year, which suggested a resumption of market segment share gains in the broader personal computer market. 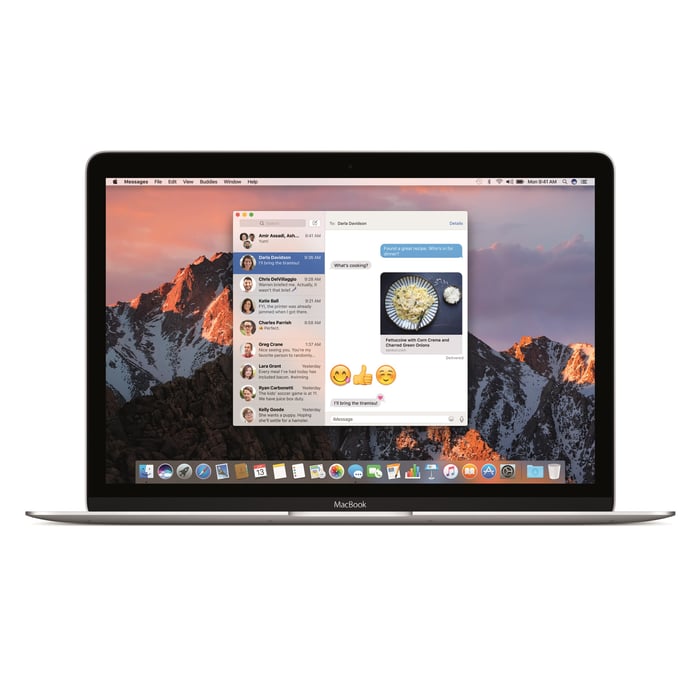 In the company's most recent quarter (second quarter of fiscal 2017), Apple's Mac business saw an acceleration in its year-over-year performance; unit shipments were up 4%, and revenue grew 14%.

Let's take a closer look at what Apple management had to say about these strong Mac results on the earnings call.

Maestri noted that "demand for the MacBook Pro was very strong, helping to drive overall portables growth of 10%." The executive pointed out that this growth rate is "twice the growth of the portables market."

Further, given the strong average selling price performance, it stands to reason that customers are buying up to the latest MacBook Pro models with Touch Bar rather than opting for older, discounted models.

Although the MacBook Pro models with Touch Bar did garner some criticism, the strong sales data seems to suggest robust customer acceptance of the new systems.

Mac desktop is clearly down

Since Apple reported 4% growth in overall Mac unit shipments, and Maestri indicated on the call that its portable computer shipments grew by 10% year over year, that leads us to conclude that Apple's desktop business dropped meaningfully year over year.

Since Intel's notebook and desktop platform shipments can give investors a sense of the underlying industry trends, it's probably reasonable to conclude that Apple's desktop shipment decline is, at least in large part, due to an overall decline in the demand for personal computers.

That said, Apple's iMac desktop line is clearly due for an update, and perhaps Apple's desktop shipment and/or revenue performance will improve once the company brings out refreshed Mac desktop products.

Although it may have seemed as though Apple had shifted its focus away from the Mac, Apple CEO Tim Cook assured investors that it's still going to give this segment the attention it deserves.

"We're investing aggressively in [the Mac's] future, and we are excited about the innovation we can bring to the platform," Cook said.