Please ensure Javascript is enabled for purposes of website accessibility
Log In Help Join The Motley Fool
Free Article Join Over 1 Million Premium Members And Get More In-Depth Stock Guidance and Research
By Dan Caplinger – May 3, 2017 at 6:00AM

The annual Berkshire Hathaway meeting gives shareholders the chance to grill the Oracle of Omaha. Find out what people are expecting to hear.

Warren Buffett is the most famous investor of all time, and his annual Berkshire Hathaway (BRK.A 0.66%) (BRK.B 0.59%) shareholder meetings have attained legendary status for the sheer number of attendees and the candor with which Buffett and his partner Charlie Munger speak about the company and its future prospects. Every year, Buffett faces some tough questions, and this year, some believe the Oracle of Omaha's recent change of mind regarding airline stocks could prompt a controversial query.

But will an airline question really be the toughest one Buffett faces? As I see it, there are some even tougher potential questions.

Buffett has a long history of hating the airline industry as an investment. He has used it as an example of a business where competitive advantages are hard to come by, where low-cost rivals can disrupt the entire business, and where even good times don't necessarily translate to long-term profit potential. Yet that didn't stop him from doing an about-face on airlines, arguing that the industry had moved past what he called "a bad 20th century" and should be able to control capacity more effectively going forward. That prompted investments in American Airlines Group (AAL 2.24%), Delta Air Lines (DAL 2.19%), Southwest Airlines (LUV 1.76%), and United Continental Holdings (UAL 1.56%). 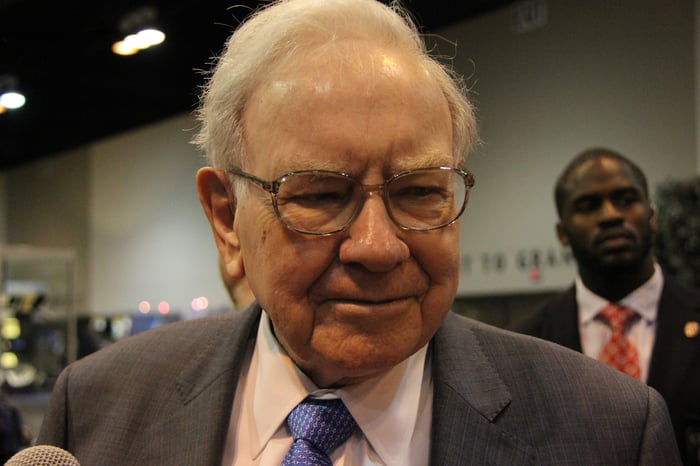 It's that last holding that could bring controversial questions this weekend. CNBC anchor and longtime Buffett interviewer Becky Quick told The Motley Fool's Chris Hill on the latest episode of Motley Fool Money that she intends to ask Buffett about his view on United Airlines' recent controversy and the implications it has for customer service in the industry and Buffett's investment going forward.

However, in my view, that's not likely to be an especially tough question for Buffett to answer. The Oracle of Omaha has done a good job of cautiously expressing his views on Wells Fargo (WFC 1.26%), another Berkshire holding recently plagued by scandal, saying the bank "made a huge mistake" by not responding more quickly to problems. Buffett hasn't changed his views on Wells Fargo, and he's unlikely to change his investing strategy with respect to United Continental.

There are some more difficult queries that shareholders should pose to the Berkshire Hathaway leader. Buffett will be able to answer them, but he probably won't enjoy doing it -- and the tough questions are often the ones that most need to be asked.

First, why haven't Berkshire's stock returns reflected the full book-value gains that the company has produced lately? Over the past 10 years, book value has climbed by a total of 145%, yet the share price of Berkshire stock is up only 122%. That difference isn't huge, and Buffett will simply say that Mr. Market isn't valuing Berkshire shares as fully as he might in the future. Nevertheless, with Buffett having used book value as a standard for making capital-allocation decisions in the past, this question could lead some to wonder whether stock buybacks could be on the horizon.

Second, will Berkshire make more large outright acquisitions? Lately, the Oracle of Omaha has contented himself with major investments in publicly traded companies; Berkshire's last major acquisition was the 2015 buyout of Precision Castparts. Speculation about future targets has ranged from insurers and other financial institutions to industrial companies of every kind, but for now, Buffett doesn't seem in a hurry to move forward.

Finally, in the context of Buffett's assertions that most investment managers can't add value over simply tracking a stock market index, isn't Berkshire's story itself a rebuttal to that philosophy? There's little question that on average, the higher fees investment managers charge take their toll on total returns. Yet Berkshire has outperformed the S&P 500 in terms of book value and market performance. Following Buffett's argument, some critics have questioned whether Buffett himself would chalk up his own success to blind luck. To be fair, Buffett has acknowledged that there are some smart investors who have the talent to outperform market benchmarks, but he's said that they're hard to identify in advance. The toughest question -- to which we'll never know the answer -- is this: If Buffett went back in time, would he have been able to identify his younger self as one of the few who could consistently outperform the stock market?

Warren Buffett will get plenty of questions this weekend, and many will be simple for him to answer. Having been at this for so long, Buffett is uniquely qualified to handle off-the-cuff questions with his trademark combination of down-home straight talk and well-earned authority. Whatever the questions are, those investors who listen to what Buffett has to say will definitely learn something new and valuable.