NxStage Medical (NASDAQ:NXTM) closed down 10.8% on no obvious news.

The kidney-dialysis expert was trading at all-time highs yesterday, so it appears investors may be getting a little jittery with NxStage Medical scheduled to report first-quarter earnings next Tuesday. Even with today's drop, shares in the company are still up more than 60% over the last year.

Management expects NxStage Medical's business to pick up as the year progresses. Revenue guidance for the year is in the range of $400 million to $405 million, but management expects less than a quarter of that -- between $95 million and $97 million -- will hit the books in the first quarter. For earnings, a loss of $1 million to $3 million is expected in the first quarter, but management anticipates the rest of the year to wipe that out, with positive earnings for 2017 in its entirety. 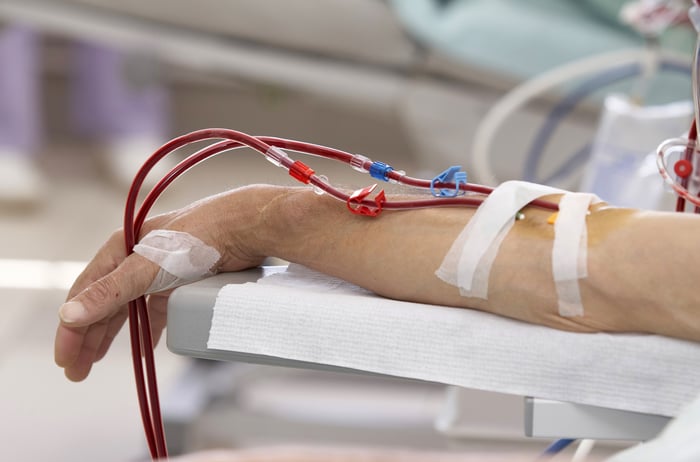 Long-term investors can ignore random movements -- in both directions -- that don't seem to have any reason behind them.

Beyond earnings next week, investors should be on the lookout for an approval by the U.S. Food and Drug Administration for NxStage's next-generation hemodialysis system, System One. In March, the company gained CE Marking approval for the system, allowing it to be sold in the EU.