Ferrari N.V. (NYSE:RACE), the iconic Italian maker of sports and racing cars, reported a 60% increase in first-quarter net profit -- and an eye-popping 22% operating profit margin -- on strong sales of some of its highest-powered and highest-priced models. Ferrari's revenue and profit both exceeded analyst expectations, and shares rose sharply after the news was released before the bell on May 4. 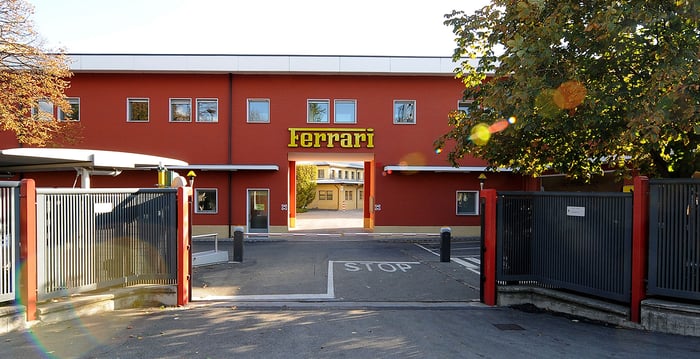 Ferrari's 22% jump in revenue and its 3.6 percentage-point gain in EBIT margin were driven by increased sales, a more favorable "mix" of models sold, and in increase in sales of engines to other automakers. Sales of Ferrari's higher-priced 12-cylinder models rose 50% from a year ago, offset only slightly by a 3% decline in sales of less-profitable eight-cylinder models. 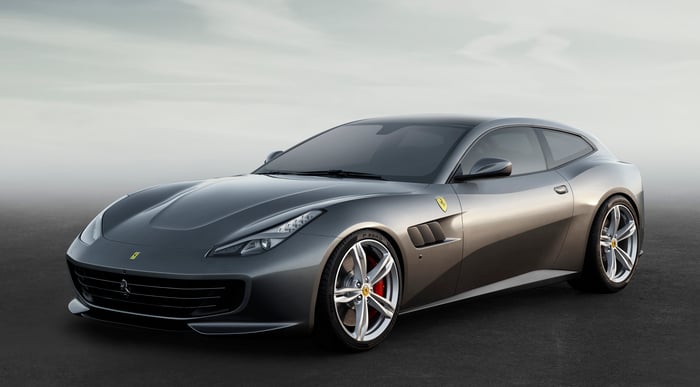 First, a quick review. Ferrari has three lines of business:

Revenue from cars and spare parts rose 21% from a year ago, to 581 million euros. That gain was driven by higher overall sales volumes, price increases, and a jump in sales of 12-cylinder models, including the GTC4Lusso, the F12tdf two-seater, and the limited-production LaFerrari Aperta supercar. 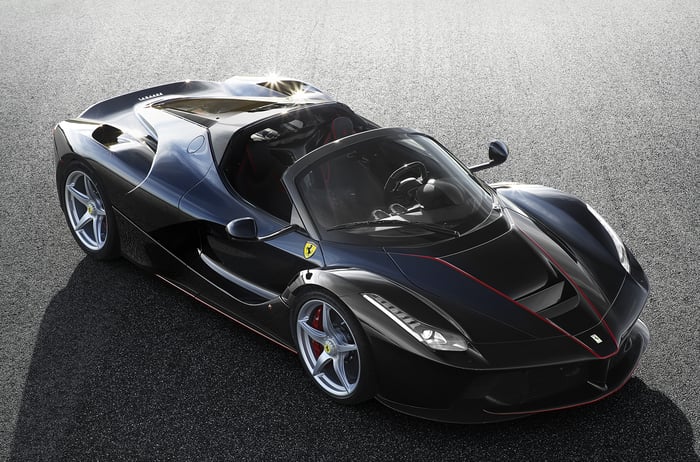 Ferrari is also boosting revenue and profit on its sports cars via a "personalization program" that allows customers ordering Ferraris to add exclusive features. (As you'd expect, such features aren't cheap.)

Revenue from engines jumped 81%, to 104 million. Ferrari supplies engines to Fiat Chrysler Automobiles' (NYSE:FCAU) upscale Maserati brand, and Maserati sales rose 89% in the first quarter on strong results for its new Levante SUV. The gain from increased engine sales to Maserati was offset slightly by the end of an agreement to rent Ferrari racing engines to a rival Formula One team.

Ferrari noted that its research and development costs rose by about 15 million euros from a year ago, mostly on efforts related to the development of gasoline-electric hybrid technology for its road and racing cars. 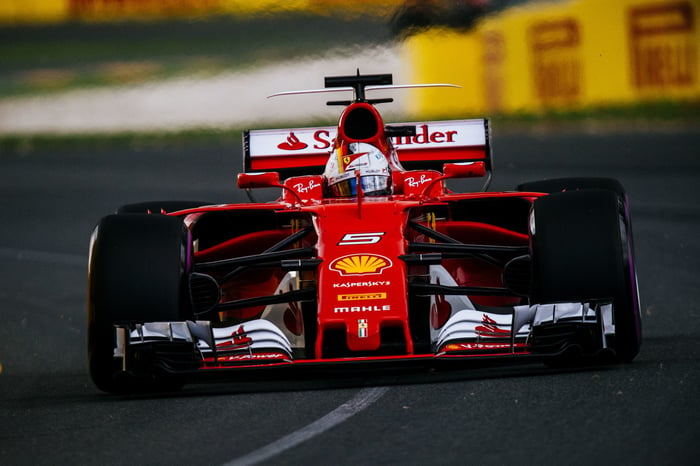 Ferrari's Formula One team has won two of the first four races of the 2017 season. Image source: Ferrari N.V.

Ferrari had no special items in the first quarter.

Ferrari maintained its upbeat guidance for the full year. It expects to beat its strong 2016 results as follows: