First-quarter results meet or exceed expectations. Can't ask for more than that. 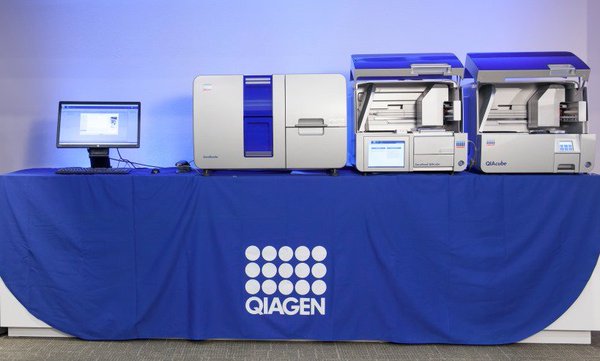 "Placements of the QIAsymphony system were very robust, and we are well-positioned to reach more than 2,000 cumulative placements by the end of the year," Qiagen's CEO Peer Schatz said. Those system placements drive consumable sales, which make up 89% of overall sales in future quarters.

Schatz also highlighted the launch of Qiagen's GeneReader next-generation sequencing system with the company getting some publicity at the Association for Molecular Pathology (AMP) annual meeting, "At the recent AMP Global meeting, the high accuracy and performance were highlighted in multiple studies along with its other benefits such as costeffectiveness and ease of use."

In addition to the aforementioned GeneReader and QuantiFERON-TB products, investors should watch Qiagen's new ipsogen JAK2 test, with detects a mutation in the JAK2 gene that's linked to a specific form of leukemia. The test is Qiagen's fifth FDA-approved oncology test.