Please ensure Javascript is enabled for purposes of website accessibility
Log In Help Join The Motley Fool
Free Article Join Over 1 Million Premium Members And Get More In-Depth Stock Guidance and Research
By Daniel Miller - May 4, 2017 at 11:23AM

The stock is moving up after the company beat estimates on the top and bottom lines and remains well positioned in strong markets.

Shares of U.S. Concrete (USCR), which serves major construction markets in the U.S. through ready-mixed concrete and aggregate products, are jumping 15% as of 10:00 a.m. EDT after the company delivered a much better-than-expected first-quarter result.

Starting from the top, U.S. Concrete's consolidated revenue jumped 22.1% to $299.1 million, compared to the prior year, which was higher than analysts' estimates calling for $278 million. That top-line beat was driven largely by its ready-mixed concrete business, which posted a 23% increase to $275.5 million, with the rest of revenue generated by its aggregate products. 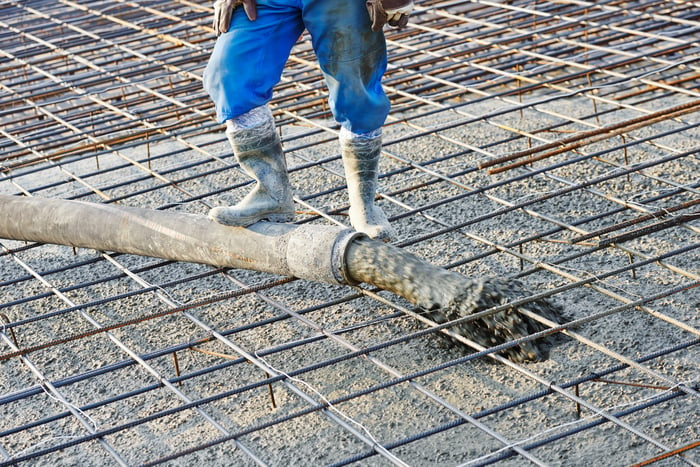 "Our extremely strong first quarter results demonstrate that we continue to capitalize on the strong demand trends and our leadership positions that we have created in our major metropolitan markets," said President and CEO William J. Sandbrook in a press release.

U.S. Concrete has come a long way since filing for bankruptcy in 2010. It's since shed much of its low-margin businesses and has positioned itself as a leader in strong metropolitan areas such as New York, the San Francisco Bay Area, Washington, D.C., and Dallas/Fort Worth. It's already a much-improved company since the recession and it appears well positioned to drive its top and bottom lines through recent acquisitions as it generates cost synergies, as well as tailwinds from potential U.S. infrastructure spending. Don't be surprised if there are more strong quarters for U.S. Concrete going forward.