Chalk up another great quarter for Visa Inc (NYSE:V). When the credit card company reported earnings late last month, nearly all metrics showed healthy growth and painted a picture of a company firing on all cylinders. Net operating revenue came in at $4.5 billion, a 23% increase year over year. Adjusted earnings, which exclude special items relating to Visa Europe acquisition costs, rose 21% to $0.86 per share. Processed transactions improved to 26.3 billion, a 42% increase over the prior year's quarter. And, if all this wasn't enough for investors, the company's board authorized a new $5 billion share repurchase program.

Of course, much of the attention is, rightly, still on the company's acquisition of Visa Europe. It hasn't even been a year since its European cousin was brought under the Visa corporate umbrella and, as was the case last quarter, the Visa Europe integration still appears to be moving along smoothly with few, if any, speed bumps. But it would be a mistake to think Visa's short- and long-term opportunities rested solely on Visa Europe's shoulders; a sentiment that was crystallized when listening through Visa's latest conference call. Indeed, there might be no better prospects or greater challenges for Visa than in Asia, where it must continue to execute to make sure it capitalizes on huge opportunities in China, India, and Japan. 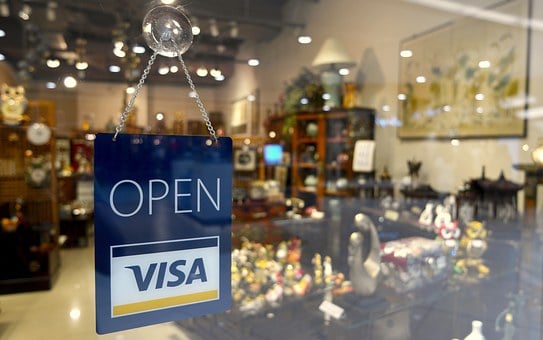 The world's most populous country has always been as coveted for its promise of growth as it has been difficult to conquer for American companies. How quickly Visa obtains a domestic license for China and successfully enters the country as a payment networks is one of the biggest tests facing new Visa CEO Al Kelly.

On this front, Kelly reported he had met with Chinese officials in Beijing during the past quarter and emphasized more patience. The steps for even applying for a domestic license have still not yet been "memorialized". Kelly did express cautious optimism that by the end of the current quarter the Chinese government would "publish a set of more clarifying rules about international entities and what ... would be required to submit for a license." Kelly said:

In a call full of highlights, perhaps none was greater than Visa's continued success in the world's second-largest country. Kelly reported that processed transactions in India were up more than 100% year over year, mostly from low-cost non-discretionary items that were purchased using debit. 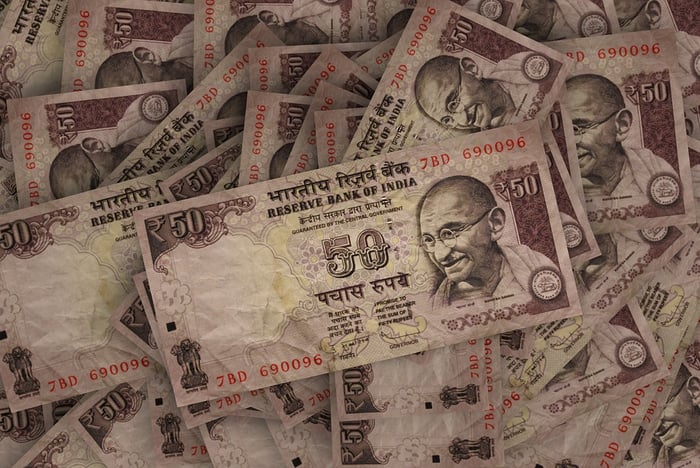 Management's efforts to increase the number of merchants that accept Visa at the point-of-sale have been wildly successful since India's demonetization policy went into effect last November. Points of acceptance have increased more than 50% over this period and now number more than two million. In the conference call, Kelly stated:

"So we're right now continuing to make sure that we put as much emphasis as we can on growing the number of acceptance points throughout India, both kind of in traditional POS as well as using mVisa and QR codes. And we've made tremendous progress with merchant acceptance points up 50% in the country from November 8 until the end of the quarter. And it's still obviously very small compared to what it could be and will be relative to the population of India, but it certainly is a very healthy start from where we were in November."

Japanese consumers still love cash. In 2014, cash was used for more than 80% of transactions by value and more than 100 trillion yen was circulating in currency double the amount from twenty years ago.

But Visa sees plenty of room for growth in the Land of the Rising Sun. During the second quarter, Kelly met with over 30 clients from Japan and came away encouraged that the government was going to take a more proactive role in "driving payments to be more electronic or digital." He also believes a more encouraging regulatory environment will dovetail nicely with the macro growth trends of e-commerce in the country. Kelly concluded his remarks on Japan by noting that the next Summer Olympics will be hosted in Tokyo, making for a "great showcase for digital progress".

When looking at Visa, it's easy to get excited about its opportunities in Europe now that Visa Europe is well on its way to being fully integrated with the parent company. However, cash is still used in approximately 85% of global consumer transactions, meaning there are plenty of other openings for Visa to make gains across the globe. Judging by the results of this quarter, Visa plans on making the most of this long runway of growth.