Shares of Fitbit (NYSE:FIT) surged on Thursday after the company announced its first-quarter results. Fitbit reported a steep decline in revenue and a significant loss, but analysts were expecting worse. As of 1:12 p.m. EDT, the stock was up 13.6%.

Fitbit reported first-quarter revenue of $298.9 million, down 40.9% year over year but about $18 million above the average analyst estimate. Generally weak demand for its products, an issue that first surfaced during the holiday season, drove much of the decline. Excess channel inventory due to the weak holiday season also hurt Fitbit's results, and the company expects to be working through that inventory throughout the first half of the year.

Fitbit sold 3 million devices, down from 4.8 million during the first quarter of 2016. Average selling price dropped 4% to $96.45 per device, but the company generated $4.70 in revenue per device from accessories and other sources. Eighty-four percent of sales came from new products, including the Charge 2, Alta HR, and Flex 2. 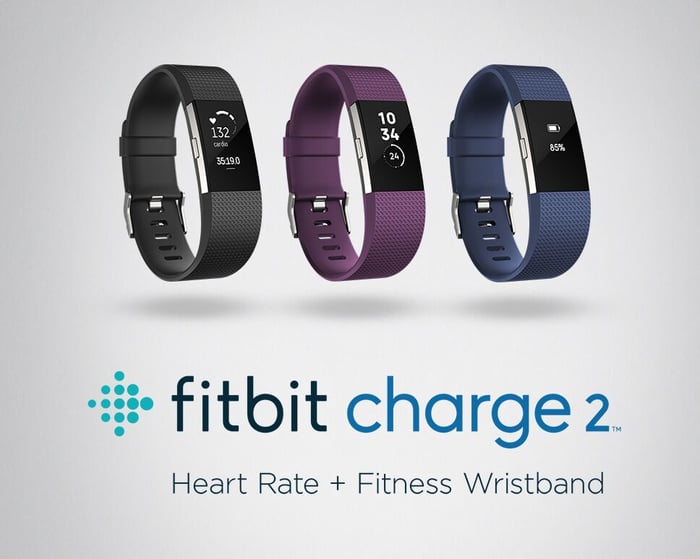 Fitbit posted a non-GAAP net loss of $34.4 million, or $0.15 per share, down from a gain of $0.10 per share during the prior-year period but $0.03 better than analysts were expecting. Gross margin tumbled to 39.6%, down from 46.3% during the first quarter of last year, driven by product mix, excess component materials, and manufacturing capacity.

The first quarter was terrible on an absolute basis, but with expectations set extremely low, Fitbit's better-than-expected performance was enough to send the stock higher.

Fitbit expects to produce revenue between $330 million and $350 million during the second quarter, along with a non-GAAP EPS loss between $0.14 and $0.17. The company's full-year guidance was reiterated; Fitbit still expects between $1.5 billion and $1.7 billion of revenue for the full year.

The channel inventory headwind is expected to be mostly resolved by the end of the first half, but Fitbit has deeper problems. The company needs exciting new products to drive sales and upgrades, but its rumored smartwatch is reportedly running into serious problems, and recently released products haven't been able to stop revenue from collapsing.

2017 is going to be a rough year for Fitbit, and Thursday's surge in the stock price may prove ephemeral if the company can't get its act together.