Please ensure Javascript is enabled for purposes of website accessibility
Log In Help Join The Motley Fool
Free Article Join Over 1 Million Premium Members And Get More In-Depth Stock Guidance and Research
By Rich Smith – Updated May 8, 2017 at 12:58PM

The Baltic Dry Index is on a roll -- downhill.

On one hand (the unsurprising one), Scorpio Bulkers reported fiscal Q1 2017 earnings last month, on April 20. Revenue for the quarter more than tripled, up 240% to $34.7 million in comparison with last year's Q1. At the same time, Scorpio's operating costs actually declined by almost 1%. The result of all that was that Scorpio's operating losses were basically cut in half, and its net loss for the quarter was cut by three-quarters, to just $0.48 per share.

Pretty good news, right? I mean, except for the fact that the company did lose money. So why did the stock lose nearly one-fifth of its market cap during the month? 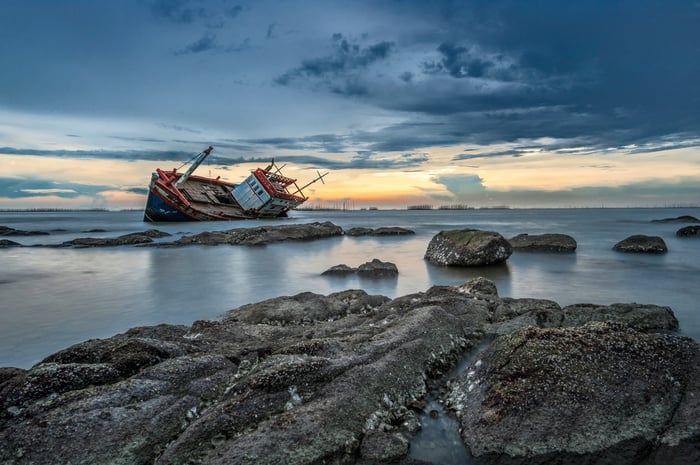 I think the answer lies in the fact that investors in the shipping sector have access to a much more "real-time" scoring system for how stocks are doing than just a four-times-a-year quarterly earnings report. In dry bulk, investors can monitor the Baltic Dry Index, which tracks average carriage rates in the industry, and deduce from those rates how likely it is that their stocks are or are not doing well.

In Scorpio's case, the BDI was doing pretty well in the early part of the month -- as was Scorpio Bulkers' stock. But rates on the BDI plateaued at 1,296 around April 13. Not coincidentally, that was about when Scorpio Bulkers' stock began its long slide. Fact is, Scorpio's stock hardly reacted at all to April 20's good earnings news. Instead, this stock's fate seemed almost 100% tied to the performance of the BDI.

Speaking of which, the BDI has been in a long downward swoon ever since April 18, and it took another big leg down in early May, recently falling under the magic 1,000 level, the reference level at which the BDI was initiated on Jan. 4, 1985. The longer this swoon persists, the worse it will be for Scorpio's stock.