Shares of solar manufacturer SunPower Corporation (NASDAQ:SPWR) jumped 13.8% in April, according to data provided by S&P Global Market Intelligence, as investors got a little more bullish on the solar industry.

There were a number of small announcements by SunPower in the quarter, such as completing 21 solar-power systems on Macy's roofs and beginning construction of a solar-power system on Toyota's new headquarters. But the bigger news was that SunPower and First Solar are going to look into options for selling, or restructuring, their yieldco 8point3 Energy Partners, which could bring $300 million or more to SunPower in the case of an all out sale. 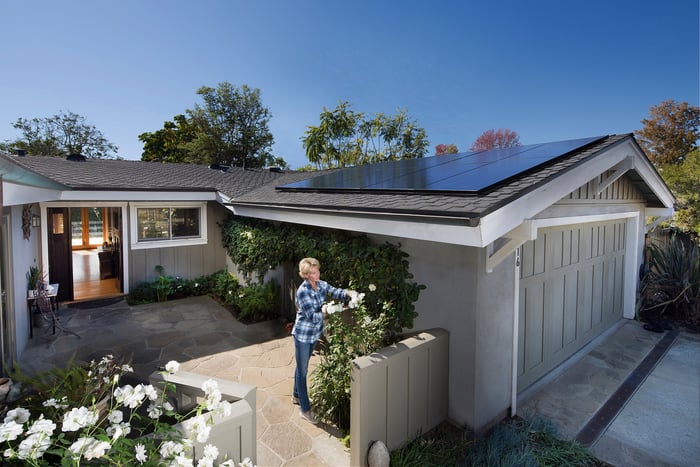 Another dynamic is investors becoming more bullish about solar in general. New estimates are that global solar installations will grow around 10% to 85 GW, rather than slightly declining. As one of the industry's leaders, that should benefit SunPower.

Sentiment really ruled the day in April, but the rubber hits the road next week. That's when first-quarter earnings come out and we'll see how the year is going and where management sees demand levels. The earnings report will be much more important than the sentiment change last month.