The grocery business overall had a tough quarter, but falling egg prices led to a big decline in revenue and earnings for Post Holdings Inc.

Post Holdings Inc. (POST 1.37%) had another quarter of ups and downs in the fiscal second quarter, as active nutrition products grew sharply, offset by declines in the egg market.

Pricing challenges across the business have really held back growth so far in fiscal 2017, but management saw most of those challenges coming. And as the company moves forward, it hopes to be better positioned to capitalize on growth opportunities while adjusting to difficult segments of the market. Here are the highlights from the fiscal second quarter. 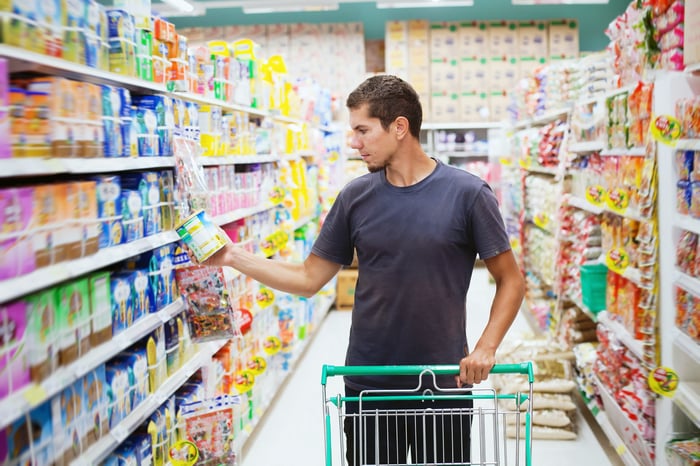 The surface numbers don't really tell the full story of Post's quarter, which had both positives and negatives. Here are the highlights and segment results.

The main challenge in the fiscal second quarter was falling egg prices, which has been a drag on the Michael Foods Group business. This decline was expected, however, given the unusually strong comparison a year ago that was affected by avian flu.

For the rest of the year, management expects protein products to grow significantly, with slow and steady progress from private brands as well.

The year-over-year comparisons will remain tough in 2017, but if management can hit its EBITDA target for the year, it would still be a fairly strong sign for the business. Watch for the closing and financial impact of the Weetabix acquisition, because long term, that could be another additive business for the Post consumer-brands side of the business. And an acquisition of that size could take years to really play out and show a significant impact on the bottom line.