The FBI reports statistics that show the number of firearms background checks initiated through the National Instant Criminal Background Check System (NICS), for all months as far back as November 1998. For March, the number of checks grew 8% over February, which was also up over January -- though it's still slightly lower than the same period in 2016. That month-to-month growth seems to have helped firearm stocks, including American Outdoor Brands Corporation, which gets the bulk of its sales from handguns, to get a bump in early April. 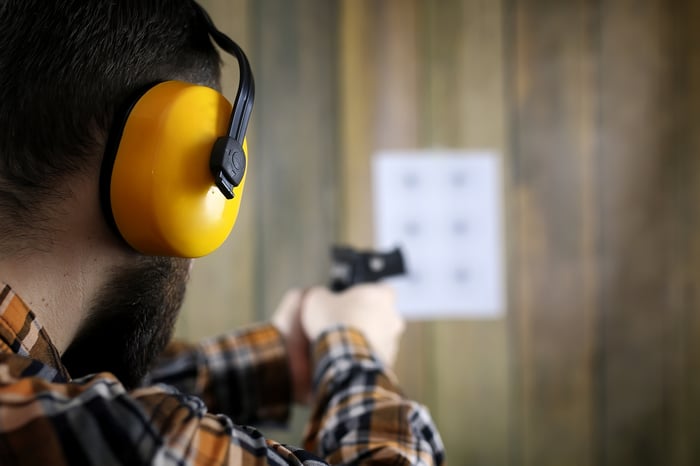 Subsequently, when April's NICS numbers were reported in early May, showing a slight drop in applications compared with March, the stock saw a slight sell-off. Timing the market on such short time horizons is usually a fool's game (with a little "f"). Far more important than small month-to-month fluctuations in background checks is to understand the broader climate of why those gun sales might or might not decline long-term, and if American Outdoor Brands Corp.'s stock itself is valued in a way that could see see long-term share price gains if the company can continue to be a major player in its industry. Currently, the stock is trading at less than 9 times earnings.