Quartz-surface manufacturer Caesarstone (NASDAQ:CSTE) announced earnings results for its fiscal first quarter on Wednesday. Revenue growth accelerated, but the company also endured declining profits as it worked to firm up its sales trends in key markets like the U.S.

Sales growth shot up to a 17% pace from 6% last quarter. Continued improvements in markets like Australia and Canada helped, but the main contributor was rebounding sales in the critical U.S. segment. 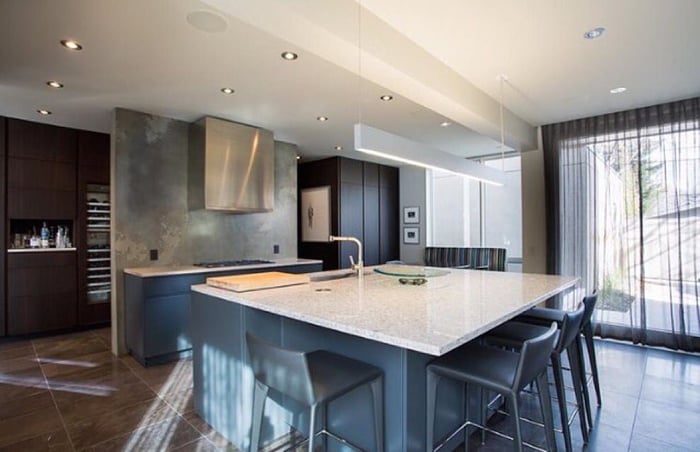 Highlights of the first quarter include:

CEO Raanan Zilberman focused his comments on Caesarstone's improving sales trajectory. "We are pleased with this quarter's accelerated growth," he said in a press release. "We are working to capitalize on our increased investments in marketing and sales and our global brand-leadership position to better leverage the growing demand for quartz solutions around the world," he continued.

"Growth in revenue was broad based," management explained. "The largest contributions to growth were attributable to renewed growth in the Company's U.S. business, up 17.7%, as well as ongoing strength in Australia and Canada, up 14.8% and 26.4%, respectively."

Zilberman and his executive team affirmed their official guidance for 2017, which projects revenue rising by between 8% and 11% to as much as $595 million. Earnings results will be muted, they predict, as the company spends heavily on building up its U.S. presence and establishing a more direct sales footing in the U.K. market.

As a result, adjusted profits should decline slightly to $123 million at the midpoint of guidance. Yet the step lower would likely pay off over the long term if, as early 2017 results suggest, Caesarstone is able to strengthen its market position and move back toward the 20% or higher sales gains it enjoyed as recently as fiscal 2014.