Please ensure Javascript is enabled for purposes of website accessibility
Log In Help Join The Motley Fool
Free Article Join Over 1 Million Premium Members And Get More In-Depth Stock Guidance and Research
By Jason Hall - May 9, 2018 at 4:23PM

Sales were flat year over year, catching investors off guard after having delivered steady high-single-digit and even double-digit growth in recent quarters. Earnings were down 87% overall and 84% per share from the year-ago period.

Sales growth stalled in the quarter, primarily due to a sales decline in the U.S., lower sales in Australia, and modest low-single-digit growth in Canada. The company blamed flat sales on multiple things, including manufacturing issues in its Israel plants -- a somewhat recurring theme in recent years -- and inventory and distribution problems in the U.S. 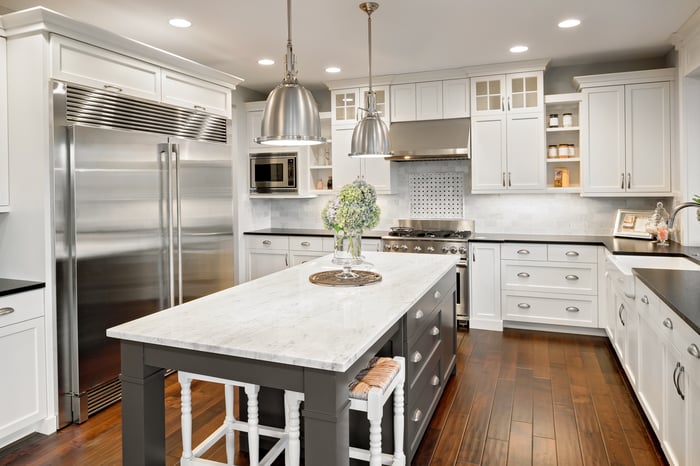 But it wasn't just the top line that was impacted by the items above. The company’s gross margin was squeezed sharply, down from 36% in last year's first quarter to 25% this year. In addition to manufacturing challenges, higher raw-materials costs -- which have affected Caesarstone in other recent quarters -- also put a squeeze on margins.

Lower margins put a big squeeze on earnings as well as cash flow. Operating income was $1.4 million in the quarter, down sharply from $15 million year over year, while operating cash flow was negative in the quarter. This negative outflow was a key reason why management abruptly halted a dividend that was only put in place this past February.

With a healthy economy in most of Caesarstone's growth markets, the company's prospects are probably better than the market's reaction would indicate -- its stock price fell almost 70% over the past year. But it's hard to fault investors for avoiding the company, since it has struggled with manufacturing and distribution problems for multiple quarters now. In short, it's all about the execution, and frankly, Caesarstone has struggled in that regard.

If management can get its act together, there's plenty of reason to like Caesarstone, especially with its shares trading for 0.75 times sales. But with a spotty track record of execution over the past year, it's easy to understand why investors are moving to the sidelines for now. Two words probably best describe what the market is thinking at this stage: "Show me." And for now, I think that's a reasonable position to take.