Shares of natural and organic grocer Whole Foods Market (NASDAQ:WFM) jumped as much as 5.6% on Thursday after the company reported second-quarter results, refreshed its board of directors, and announced a new CFO. The stock is up 1.6% at the time of this writing.

For its second quarter, financial results were about in line with analyst expectations. On average, analysts expected revenue and adjusted EPS of $3.73 billion and $0.37, respectively. Revenue was slightly above expectations, at $3.74 billion, and adjusted EPS matched the consensus analyst estimate. 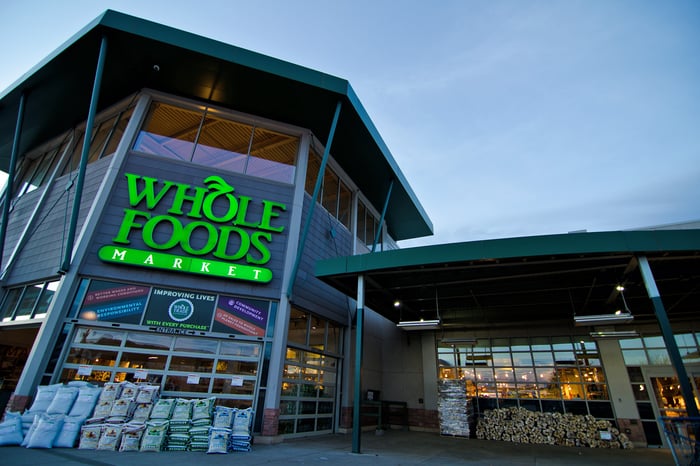 The changes show a sign of aggressiveness from management as the company aims to accelerate its return to growth.

Alongside these financial results and leadership changes, the company importantly said it plans to return to positive same-store sales comparisons and earnings growth by the end of fiscal year 2018.

Also, Whole Foods provided investors with an optimistic outlook for 2020, which notably includes same-store sales growth of greater than 2% and cash flow from operations of over $1.2 billion.