After the closing bell on Tuesday, May 2, the tech giant delivered another typical Apple quarter: It made Wall Street's profit expectations look silly, and its forecast for the upcoming quarter remained as conservative as ever with the release of its next-generation iPhone expected in a few months. Apple's second quarter, by the numbers

For the quarter, Apple posted $52.9 billion in revenue, which was nearly a 5% improvement from the previous year. Though iPhone sales fell a tad to 50.8 million units from 51.2 million year over year (likely a result of consumers waiting for the iPhone 8 to hit the market), growth in Mac computer sales helped fill the gap (4.2 million units compared to 4 million in Q2 2016). Apple's sales were more or less in line with what the Street was expecting.

As for its bottom line, Apple announced earnings of $2.10 per share, a clean $0.08 per share better than expected.

Of course, the real showstopper was Apple's cash hoard, which grew by more than $10 billion from the sequential first quarter to a record $256.8 billion. That's more than Chile or Finland produced in GDP in 2015! Of course, it's important to realize that 93% of its cash is held in overseas markets, which somewhat constrains what the company can do. 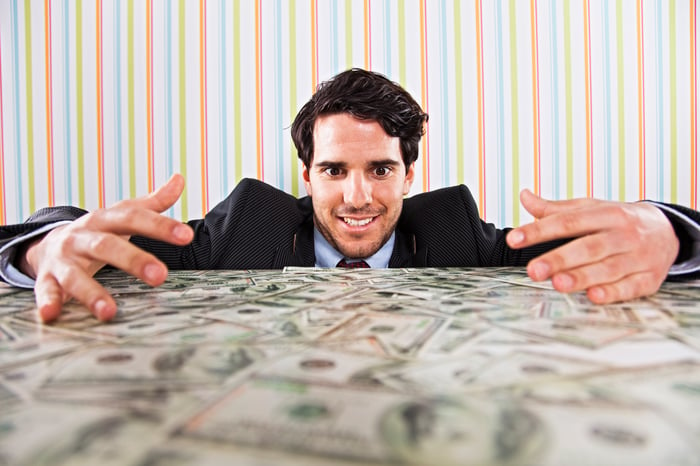 For instance, Apple has been rerouting capital back to shareholders in the form of a bigger dividend and heftier share buybacks. Apple's board upped its share repurchase program from $175 billion to $210 billion, and the company anticipates returning an aggregate of $300 billion via repurchases and dividends to investors by March 2019 (since it began in 2012). But, Apple has been financing a good portion of its capital return program with debt instead of its cash hoard, because it can't access its overseas capital without getting hit with a big tax bill.

However, this could soon change.

Two big influences -- a potential tax holiday and the possibility of interest rate increases from the Federal Reserve -- could dramatically impact what Apple chooses to do with its quarter of a trillion dollars in cash.

Recently, Donald Trump outlined a plan that proposes a one-time tax on repatriated income at 10%. The reason Trump has pushed for a tax repatriation holiday is simple: He wants to bring the more than $2.6 trillion in cash being held overseas back to the U.S., which he believes can be used to create jobs and be reinvested back into businesses. Apple ended the second quarter with $239.6 billion in foreign cash and $17 billion in domestic cash. This $239.6 billion represents the most any company has overseas by a mile. 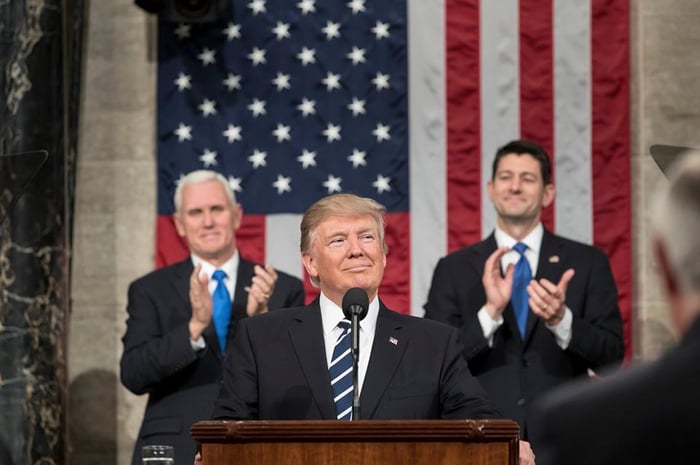 The variables that have to be considered here are whether or not Trump's tax proposal will gain footing in Congress, and if so, what if anything would Apple do with its overseas cash at that point.

A number of proposals within Trump's tax plan have faced significant scrutiny, including his push for a 15% corporate tax rate, which some pundits have deemed too low or not feasible. In other words, there are real questions about the feasibility of Trump's tax plan, which would include the repatriation tax. There are even questions as to whether the tax could be a one-time thing as proposed, or if it could be a recurring tax on overseas cash that's repatriated back to the U.S.

Then there's the question of what Apple will do with its overseas cash if Trump's tax plan (as proposed) becomes law. No one really knows how much Apple could choose to bring back, if anything.

After nearly seven years of record-low lending rates, the Federal Reserve began tightening monetary policy in December 2015, in light of improving U.S. economic indicators. The central bank does this by increasing its federal funds target rate, which governs the rate at which financial institutions can lend to one another overnight. An increase in the federal funds rate has the effect of boosting the yields associated with interest-bearing assets, including U.S. Treasury bonds. In other words, as the Fed increases its fed funds target, bond prices would be expected to fall, and bond yields rise. As yields rise, investing in safe Treasury bonds becomes more attractive. 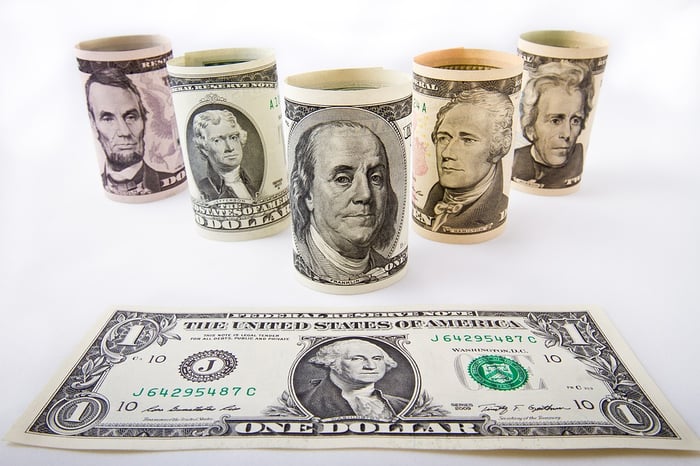 Why does this matter? Apple has historically been very conservative with its cash, and it already has $53 billion invested in Treasury notes as of the end of its fiscal second quarter, albeit we as investors can't tell what sort of maturity date these bonds have. Chances are they're short-term in nature, which would allow Apple to collect interest income and still have the flexibility to deploy its cash on an as-needed basis.

If the Fed were to continue tightening monetary policy, which is the trajectory it's on now, Apple should be able to roll over its matured bonds, or reinvest more of its cash, into higher-yielding Treasury notes. That could mean even more money in the king of tech's pockets.

In order for the Fed to continue tightening, the U.S. economy will need to show signs of GDP growth and low unemployment. These obviously aren't guarantees, but for the time being it's the trajectory we're on.

Needless to say, Apple's cash possibilities are seemingly endless at this point.