Netflix (NFLX 1.09%) CEO Reed Hastings is getting paid $850,000 in salary this year, which sounds like a lot to most people, but pales in comparison to the $21.2 million he will get in a stock option allowance. A stock option gives the holder the ability to buy a share of stock at a predetermined price (the "strike price"). In Hastings' case, and that of other Netflix executives, they have up to 10 years to "exercise" the options (purchase the shares at the strike price) so they are incentivized to run the business in a way that pushes the stock price up over the long run.

Netflix's system of steering a big chunk of executive compensation into stock options, which it describes as performance-based compensation, is shareholder-friendly for two reasons. The first is that it provides a tax advantage and the second is that it tends to align management's personal compensation with stockholders' interests. 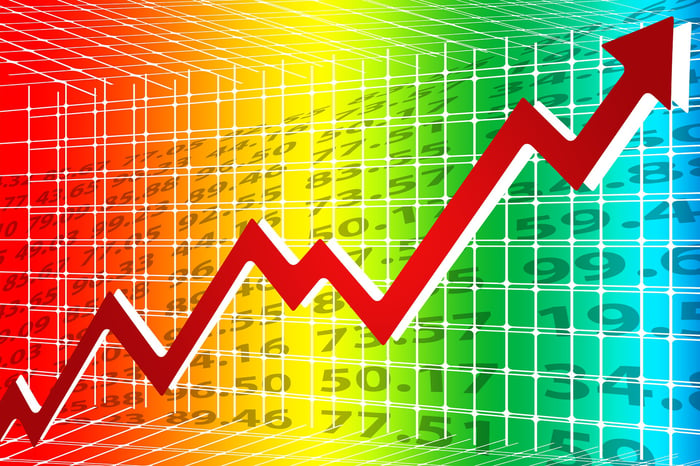 As a consequence of the tax-deductions rules as they apply to cash salaries, Netflix doesn't pay more than $1 million in cash annually to most of its senior executives. That leaves a large portion of their compensation as stock options.

Netflix structures the options so that one-twelfth of the year's award is granted and 100% vested on the first trading day of each month at a strike price equal to the closing price of Netflix stock. The exercise period for the option is 10 years from the date of the grant.

How much stock do Netflix executives own?

The table below shows the ownership stake of Netflix stock for three top executives, including vested options that have not been exercised. Notice the use of a family trust for CEO Reed Hastings. Sometimes critics like to say that the Netflix CEO does not own any Netflix stock, but this is an absurd claim when the family trust fund is considered.

The table below shows the amount each executive is slated to get in options allowances this year as well as his salary. As you can see, the options, which carry a risk, outstrip the salary for two of the three.

Did management increase or decrease beneficially owned shares in 2016?

The chart below shows the number of shares owned outright and controlled through vested options that executives had at the end of 2014, 2015, and 2016. The percentages indicate whether beneficial ownership increased or decreased; keep in mind that beneficial ownership doesn't necessarily mean ownership of shares, as it includes unexercised options.

Although Hastings has been reducing the number of shares he beneficially owns, his ownership stake via the family trust and his vested options was still a whopping 2.71% of Netflix as of the end of 2016. Sarandos and Wells have continued to accumulate vested options.

The numbers indicate that the executives running Netflix have as much interest as a shareholder could ever expect to create shareholder value through a higher stock price. The way the option portion of the compensation is structured allows for long-term focus by the executives. A 10-year exercise period means executives are not forced to boost short-term profits and can invest strategically for long-term stock appreciation. If you're a long-term investor like me, you can rest easy knowing that, at Netflix, executives are well-aligned with shareholders.