Twenty-nine states, the District of Columbia, Guam, and Puerto Rico now allow medical cannabis, with eight states plus D.C. permitting legal use of recreational weed and Canada on track to do so next year. More publicly traded marijuana stocks are now available, which presents opportunities for investors.

However, there are challenges alongside those opportunities. Here's what you need to know about marijuana stocks before investing. 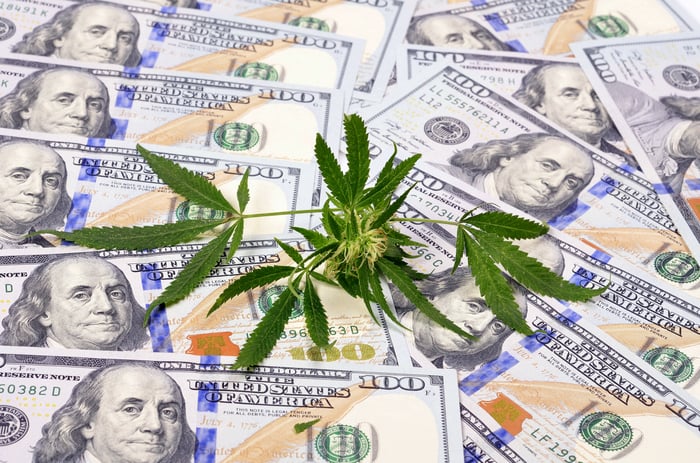 Some marijuana stocks have greater risk than others

Investing successfully hinges on managing risk effectively. Be aware that some marijuana stocks have significantly greater risk than others.

Probably the riskiest of all are the penny stocks. These stocks initially got their name because they traded for less than $1 (i.e., for pennies), but now stocks with share prices of up to $5 are often classified as penny stocks. It's not the share price that makes these stocks riskier propositions, however.

Penny stocks trade over the counter rather than on a public stock exchange. That means these stocks aren't held to the same standards, especially when it comes to financial reporting, that stocks traded on exchanges are. Penny stocks also typically have low liquidity, which means that you could be forced to sell at a lower price to attract a buyer.

Different marijuana stocks also come with different political risks. For example, the presence of an attorney general who has been adamantly opposed to marijuana legalization in the past presents potential dangers for some U.S. marijuana stocks. However, Canadian marijuana stocks such as Canopy Growth (NASDAQ:CGC) don't face those political issues.

The fundamentals of investing don't fly out of the window for marijuana stocks. They still matter.

What are these fundamentals? Buying a stock means that you're buying part of a business. Whatever stock in which you invest, you'll want the underlying business to be solid and have good growth potential. Valuation matters as well. And a stock's price doesn't always accurately reflect its real value.

If you buy shares of Canopy Growth, for example, you'll buy a piece of a business that grows and markets medical marijuana in Canada. At the end of 2016, Canopy Growth owned property, plant, and equipment worth nearly $61 million and had cash and cash equivalents totaling close to $93 million. The company generated revenue of $25.2 million in the last nine months of last year, with earnings totaling $4.5 million. Canopy has a solid business model with tremendous growth potential when Canada opens up the market for recreational marijuana use.

On the other hand, the stock's market cap stands well above $1 billion. That's a sky-high valuation based on Canopy Growth's current revenue and earnings. Investors are clearly expecting massive earnings growth in the future. Whether or not that level of growth is attainable is key for determining if Canopy Growth is a good stock to buy.

What goes up can come down

Some have no doubt bought marijuana stocks simply because they've gone up in price quickly. Remember, though, that what goes up can come down. And the decline can even be quicker than the ascent.

Those penny stocks referred to earlier tend to be the most susceptible to the effects of market gravity. When investors become afraid, share prices can plummet with the low liquidity levels making buyers harder to find.

Marijuana stocks with the most exorbitant valuations could also be most negatively impacted in a downturn. If a high valuation is tough to justify when things are going great, it's next to impossible to defend when things aren't so hot.

Are there any marijuana stocks with acceptable risk levels and decent fundamentals for investors to consider? I think so.

Piper Jaffray analyst David Amsellem projects that Syndros will reach peak annual sales of $300 million to $400 million. If Insys comes close to that range, the stock should have plenty of room to run.

However, as my colleague Sean Williams recently noted, Insys does face problems with declining sales for Subsys, its sublingual spray for helping alleviate pain in cancer patients. The company also must deal with multiple lawsuits alleging improper marketing practices for Subsys.

Still, the risks for Insys don't appear to be too great in light of the biotech's prospects. The company has solid cash flow, which could get even stronger if Syndros lives up to expectations.