Zillow Group (NASDAQ:Z) (NASDAQ:ZG) management shared some important insights with investors during its first quarter earnings presentation. The company bested its quarterly guidance and upped its annual forecast, pushing the stock about 7% higher since the release. Here's what you need to know.

Here's a look at key numbers and full-year guidance from the company:

Zillow made it clear that things are going even better than planned. By increasing the company's outlook for the full year, management confirms that this was not just a one-off quarter of outperformance. 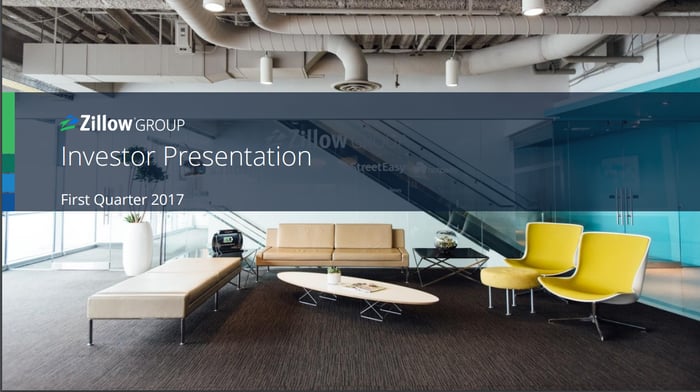 The Premier Agent program is the primary driver of ad revenue for Zillow and was responsible for 71% of the top line in the first quarter. The company recently announced that it had enabled a new feature for its advertising platform. Last year, agents advertised on Zillow by ZIP code, paying a fixed fee determined by a ZIP code's popularity based on lead generation. This year, the process moved to an auction-based system where the advertising fee would be determined by the agents themselves. The higher the bid, the greater the share or number of ad impressions where the agent's contact info would appear.

So far, the transition has been an outstanding success for the company. Here's how CEO Spencer Rascoff described it during the earnings call, "In our 20 most important markets, we saw a significant increase in participation, which led to a 10% increase in revenue independent of traffic growth."

Any time a government regulator asks for more information, it can make investors nervous.

CFO Kathleen Philips updated investors on a compliance review of Zillow's digital co-marketing program between agents and lenders. Here's how she described it: "Over the past two years, the Consumer Financial Protection Bureau, or CFPB, has been reviewing our program for compliance with the Real Estate Settlement Procedures Act, or RESPA, which is a regulation designed to protect consumers."

The company wouldn't state the exact amount of ad business at risk. CFO Kathleen Philips said it was a small portion of overall revenue, but she couldn't predict when the CFPB might be expected to finish its compliance review of the program.

Zillow pulls in ad revenue by showing real estate agents that its portfolio sites command the lion's share of internet traffic among home buyers. It's only natural for ad dollars to follow the site's ability to generate leads. This quarter, the company announced a new metric around site traffic that will be reported on a quarterly basis. Rascoff elaborated on the new metric:

After unique users, the next level down in our funnel is visits, which we define as a session of interactions by a user with one of our apps or websites. During Q1, visits increased 18% year over year to 1.5 billion, compared with approximately 1.3 billion during the first quarter of 2016. Quarterly visits will replace agent advertiser count as a key metric going forward, and we believe it will help investors model our business.

Here's how the new metric of quarterly results looks, based on data from Zillow:

In Zillow's quarterly earnings calls, shareholders can take advantage of the opportunity to hear directly from company leadership as they break down the latest quarter and the outlook going forward. This quarter's webcast was no exception, and for me, this is still a strong business worth owning.