Earnings jump appreciably as the company's MIS segment rebounds against a difficult quarter in the prior year.

Moody's Corporation (MCO 2.50%) coupled a double-digit increase in its credit ratings business with a solid 5% increase in analytics services to deliver overall revenue expansion of 19% in the first quarter of 2017. The company's earnings report, filed on May 5, was also notable for substantially higher net income and earnings per share. 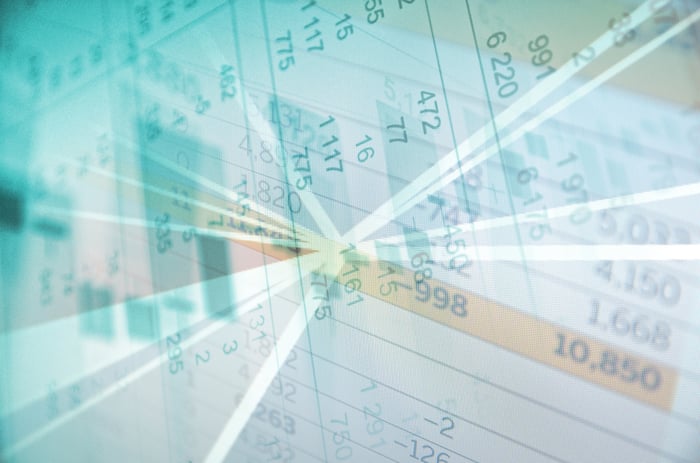 The vigorous first quarter naturally has investors wondering about Moody's outlook for the entire year. In 2016, corporate debt issuance floundered in the first half of the year, only to recover and provide a strong second-half environment for Moody's and its rating-agency competitors.

During the company's post-earnings conference call, Moody's CEO Ray McDaniel offered his thoughts on the conditions for debt issuance this year, and their implications for the company:

So, it is a good opportunity for issuers to be in the [credit] market, whether it's refinancing, or new money, or upping their outstanding debt. These are attractive conditions [which] look ahead to potential interest-rate increases going forward. And again, some of the uncertainty that comes with the geopolitical situation and the elections in Europe ... we do think issuers are taking advantage and we're certainly not anticipating a weak second half of the year, as I said earlier, but the kind of growth we've seen early in this year, we just don't think is going to be sustained.

Alongside earnings, Moody's issued a full-year diluted EPS projection of between $5.46 and $5.61. This range includes $0.31 per share of gain related to the China Chengxin International transaction, and a $0.15 benefit due to a new accounting standard on employee share-based payments. Management expects that final EPS will hit "the upper end of the range."

To some extent, achieving the upper limit will depend on continued moderate growth in corporate and public-sector financing. As CEO McDaniel cautions, debt offerings may cool a bit later on this year. But Moody's attractive operating leverage demonstrates that if issuance activity picks up instead, it won't be out of the question for the company to extend past EPS of $5.61, either.