Nike (NYSE:NKE), Under Armour (NYSE:UAA)(NYSE:UA), and other clothing brands have been talking a lot lately about the need to overhaul their manufacturing processes as a way to reduce costs, improve quality, and have more flexibility. The textile manufacturing process has changed relatively slowly compared with other industries, but that could change soon as more and more focus is put on disrupting it.

Last summer, Under Armour CEO Kevin Plank addressed media, government officials, and others outside a new facility near his company's headquarters in Baltimore, pointing out that textile manufacturing is done largely the same way it was 100 years ago. The facility, called Lighthouse, is a 35,000-square-foot center where the Under Armour team is using 3-D printers and other technology so that designers and engineers can find new ways to manufacture their gear more efficiently and with better quality.

In Nike's earnings call back in September, CEO Mark Parker talked about "ManRev," the company's plan for a manufacturing revolution aimed at using technology to overhaul current processes to reduce costs and increase speed to market. Nike has been relatively quiet on the specifics of its latest manufacturing capabilities, but has said that technologies such as 3-D printing and advanced automation in the build and adhesion processes are helping to drive the company toward its goal. 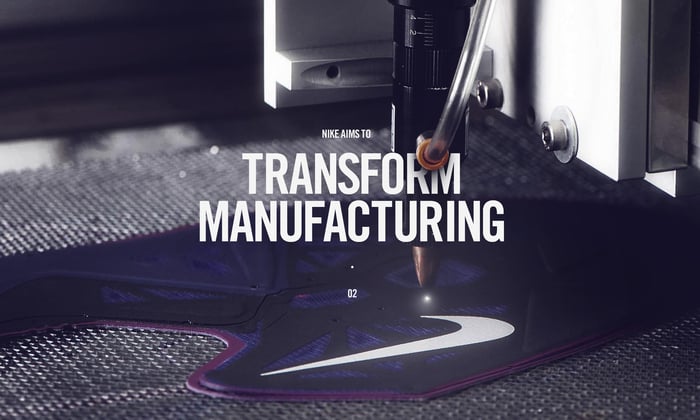 Technologies such as 3-D printing and advanced automation have become the baseline for companies looking to innovate their manufacturing capabilities as those tools gain scale. And other new ideas, from using innovative materials or particles to make or enhance clothes, to body-scanning smartphone apps that help people order better-fitting and individually customized gear, are encouraging in their more grandiose plans for really moving the needle of what manufacturing could look like in the years ahead.

One example is APJeT, Inc., which has created equipment that uses plasma (the fourth state of matter past solid, liquid, and gas) in a patented process capable of curing finishes on textiles, and is in proof-of-concept trials for coloring fabrics as well. APJeT management has said that textile manufacturing creates 20% of global water pollution, and that the current standardized processes are also needlessly costly. By using its technology, a company would be able to eliminate water, reduce energy use drastically, and save significant costs to the company, while also using equipment that's far smaller and thus easier to set up regionally. 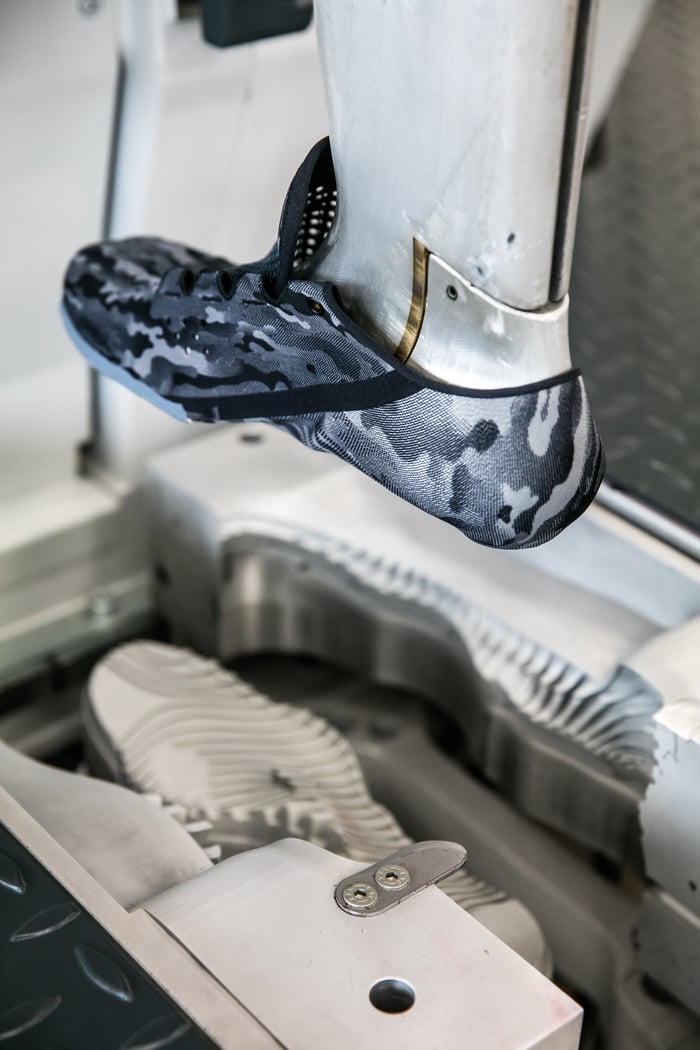 From the UA Lighthouse. Image source: Under Armour.

"Unlike other sustainability solutions," said APJeT CEO John Emrich, "which tend to cost more than existing systems or methodologies, APJeT provides performance, efficiency, and sustainability with meaningfully lower capital and operating costs." APJeT is still in the testing phase, but management says it's already working with big-name companies to test the technology.

What this could mean for long-term gains

Both Nike and Under Armour have struggled to keep their gross margin from falling, something many companies face amid rising costs and more competition from low-cost competitors. A company like Nike, which made $8.4 billion in sales last year but spent more than 55% of that on costs of goods sold, would see huge profitability from even a small increase in its gross margin -- something that better manufacturing could provide.

In addition, these companies are often forced to discount items as they plan and make those goods months in advance, with limited ability to forecast necessary quantities or future trends. The discounting lowers average selling prices, which pushes down gross margin further. New technology that increases efficiency and speed to market should help these companies to gain better inventory management and higher future profits.

In the clothing industry -- where gross margins are constantly being pressured, consumers demand that companies focus on sustainability, and shorter times from concept to market are needed -- innovating the manufacturing process could have a massive impact on profits. For these companies that are spending billions on manufacturing and see a way for that number to go down while also creating better and more sustainable products and processes, you can probably expect innovation in this area to be an even more important topic going forward.