Shares of independent power producer Dynegy Inc. (NYSE: DYN) jumped as much as 29.5% in trading Friday morning after reports of a potential buyout hit the market. At 12:06 p.m. EDT shares were still trading 24.2% higher on the day.

The Wall Street Journal is reporting that Vistra Energy is in talks to buy  Dynegy in an effort to diversify out of the Texas market. There are even analysts today who think the current bid is low, and could go even higher in coming weeks. 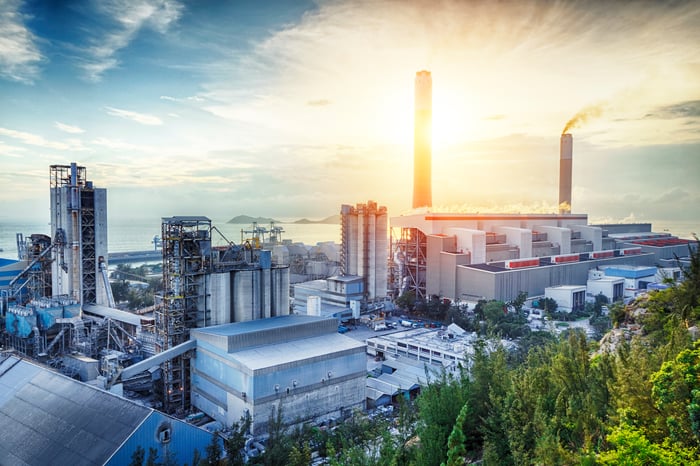 While this is currently just a reported buyout negotiation, I wouldn't be surprised to see more consolidation among independent power producers in the next few years. They've been rocked by falling wholesale prices due to slow demand growth and pressure from low cost renewable energy. Consolidation could give them a little more muscle in the market, and help rationalize some excess supply, which would push prices higher.

While this could be great news for Dynegy's shares in the short term, and their prices could go higher if a bid forms and even increases as analysts predict, I don't think this is a reason to get bullish on the sector. The pressures on wholesale power prices show no signs of easing, and companies will need more than geographical diversification to keep their businesses afloat. I've argued that they need to rethink their entire model, focusing on new technologies, to stay alive.

If the independent power producer model is failing overall, this deal isn't a buying sign for the industry. This news might be good for Dynegy today, but long term, I don't think it makes Vistra a buy, and an offer for anything other than cash could be a bad deal for Dynegy's investors in the long term.