Deep value stocks aren't for the faint of heart. That said, ambitious investors can find incredible profit opportunities among stocks that are so beaten down that the current price the stock market assigns to the whole company isn't much more than its core assets are worth. After all, as legendary value investor Benjamin Graham liked to say: "In the short run, the market is a voting machine, but in the long run, it is a weighing machine."

In this category of troubled potential bargains, our Foolish contributors think that Valeant Pharmaceuticals (NYSE:BHC), Camping World Holdings (NYSE:CWH), and Jazz Pharmaceuticals (NASDAQ:JAZZ) will ultimately prove to be worth more than the market is giving them credit for today. 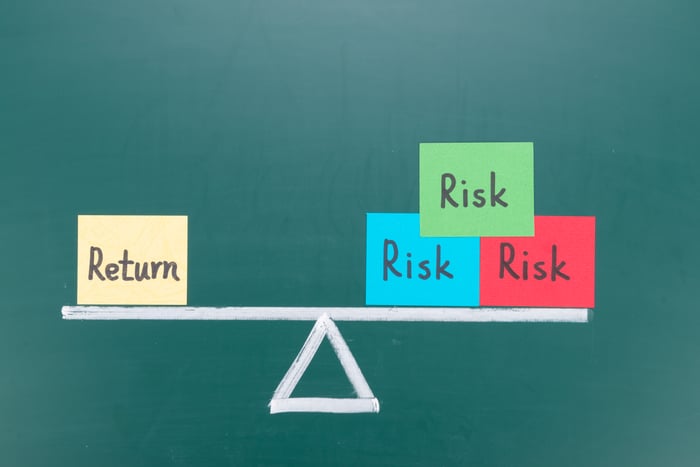 A hero's reward for a valiant effort

Kristine Harjes (Valeant Pharmaceuticals): In seeking value stocks, it can be helpful to look at companies whose shares have fallen off a cliff, and evaluate whether the market might have gone a bit overboard on its punishment. Valeant Pharmaceuticals certainly qualifies as having "fallen off a cliff" -- shares are down 95% from their mid-2015 peak due to an avalanche of issues relating to its business model and debt load.

What would it take for Valeant to turn its fortunes around? The short answer is that many stars would need to align. Paying off its debt will be key, but the company has begun chipping away at it, reducing its total debt by $3.6 billion since the first quarter of 2016. It still has assets such as its Salix division that could be sold to make a more meaningful impact on the nearly $30 billion in debt remaining – the question is whether Valeant will be able to get respectable prices for its assets, given that the potential buyers all know what a dire situation this company is in.

Valeant also has a public relations problem, but that will fade over time. A new set of healthcare companies seems to be thrown into the spotlight for nefarious pricing practices on a quarterly basis. Attention has already turned away from Valeant toward newer targets like Mylan. If Valeant can continue to lie low, its issues could fade.

The market doesn't seem to think there's any hope left for this stock, and Valeant's valuation is at rock bottom right now: Shares are trading at a mere 3.3 times 2017 adjusted EPS expectations and 1.3 times book value. The stock enjoyed a nice lift after the company reported first-quarter earnings and raised guidance for the full year, which could be a sign that things are starting to look up. This stock is still incredibly risky, but ambitious investors may want to take a small position on this potential turnaround story.

Camping World just went public late last year, but the nation's largest network of RV-centric retail locations has been an industry leader since 1966, and its comprehensive suite of new and used vehicles, and services for them, continues to push it higher. In its just-reported first-quarter earnings results, Camping World said revenues jumped 11% to $883 million with profits surging nearly 50% to $31.6 million, or $0.38 per share, handily beating Wall Street estimates on both counts.

Now it's taking on the challenge of turning around Gander Mountain, which it (along with a group of liquidators) won in a bankruptcy auction for about $390 million. At first glance, it might seem to be an incongruous purchase, but there's a lot of demographic and interest overlap between the RV business and the outdoors gear niche. Included in the Gander Mountain acquisition was its Overton's Boating & Watersports business.

Camping World bought the sporting goods chain on the cheap, which gives it the chance to clear out a lot of the unprofitable merchandise from inventory and start clean, then layer in its own Camping World products on top. In all, Camping World says it plans to operate some 70 Gander Mountain stores.

The sporting goods segment has been undergoing consolidation following a string of bankruptcies, including Sports Authority, Sports Chalet, and Eastern Mountain Sports. Cabela's is in the process of being acquired by Bass Pro Shops.

Camping World trades at just 12 times earnings and 15 times estimates, and a deeply discounted 9 times free cash flow. With a very modest dividend that currently yields 1%, the RV leader is primed for an ambitious period of growth.

A biotech that even value investors can learn to love

Brian Feroldi (Jazz Pharmacetuicals): The vast majority of biotech companies are unprofitable, which is a big reason that most value investors avoid the sector like the plague. However, Jazz Pharmaceuticals isn't your typical biotech stock. This company is highly profitable, holds lots of growth potential, and trades at a discounted valuation. That's a combination most value investors dream about.

While Jazz has a few drugs on the market, its cash cow is the sleep disorder treatment Xyrem. Xyrem's sales continue to grow at double-digit percentage rates, and the company just announced a deal with a generic drug maker that should help to protect Xyrem's profits for several years.

Like any good biotech, Jazz's long-term growth potential is all about its pipeline. Thankfully, it has a number of intriguing late-stage drug candidates in development. These include several candidates to complement its core sleep franchise, among them compounds currently known simply as JZP-110, JZP-258, and JZP-507. There's also Vyxeos, a hopeful treatment for acute myeloid leukemia (AML). Several of these drugs promise nine-figure annual sales potential and a few of them could be on the market within the next 24 months.

Between its already-approved products and its late-stage pipeline, Wall Street expects Jazz's EPS to grow by more than 17% annually over the next five years. Despite that potential, Jazz's shares are currently trading for less than 12 times next year's earnings estimates, due to fears of regulatory failure and encroaching generic competition. While those risks shouldn't be ignored, I think that Jazz's upside potential and cheap valuation make it an ideal stock for ambitious investors to get to know.