These value stocks may not remain undervalued for long, so you might want to check them out now.

Value investing is often mistaken to be akin to buying stocks trading at low price-to-earnings metric. Value stocks, however, go well beyond a low P/E and include companies with strong potential that have lost favor with the market but could bounce back once the underlying growth factors start playing to their advantage.

What's the back story? Wall Street left Bausch for dead only a few short years ago. Under its former moniker, Valeant Pharmaceuticals, the company racked up a ginormous debt load and used questionable pricing schemes on older medicines to drive growth. Once this house of cards folded, however, the company found itself in dire straits. To right the ship, the company brought in Joseph C. Papa as CEO -- a fateful decision that dramatically changed the narrative surrounding this former bankruptcy candidate.

Under Papa's leadership, the company has sold off a number of minor assets to pay off a sizable chunk of its debt, and the drugmaker has also successfully returned to organic growth through a host of new product launches. Despite these accomplishments, though, Wall Street has yet to fully buy into this turnaround story. As proof, Bausch's shares are barely mustering a price-to-sales ratio of 1 at present. That's a rock-bottom valuation for a major drug manufacturer. 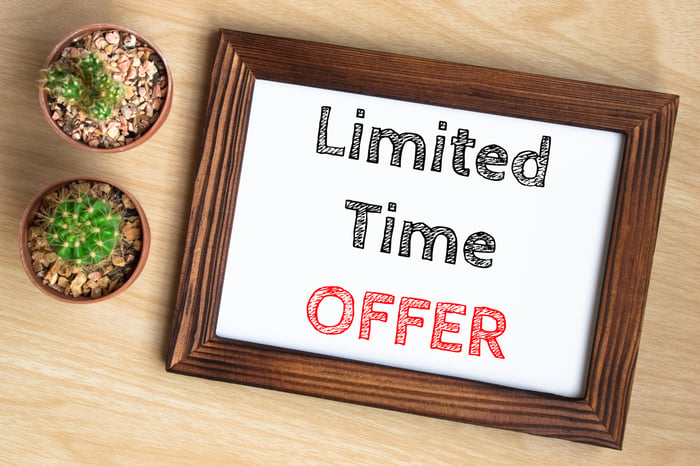 What's scaring investors away? Even though Bausch chopped about $1 billion off its debt in 2018 and turned its top line around, the company's balance sheet remains a mess. Point blank -- Bausch's eye-popping debt-to-equity ratio of 863 isn't for the faint of heart.

The silver lining is that Papa has proved to be an extremely adept leader, and the company appears to be entering a new chapter in its life cycle as a result. As such, risk-tolerant investors might want to take a closer look at this deeply discounted healthcare stock right now.

How's that possible? Well, heavy-machinery users tighten their purse strings when the economy looks shaky and often delay or put off purchases of new equipment. Instead, if they have to add to their fleet to fulfill existing backlog or replace aging fleets, renting or leasing equipment becomes a top choice. That's when a company like United Rentals benefits. It's North America's largest equipment rentals and leasing company, with 13% market share.

In 2018, United Rentals' revenue grew a solid 21% to $8 billion, driven by acquisitions and higher volumes. Management is optimistic that the company will outpace the industry yet again this year and generate anything between $9.15 billion and $9.55 billion in revenue. Its free cash flow should also come in higher than 2018.

Given the strong pace of spending in nonresidential construction so far this year, United Rentals could comfortably meet its sales target. Nonresidential construction is, after all, United Rentals' largest end market. Meanwhile, a strong balance sheet with no debt maturing until 2023 provides leg room for the company to continue pursuing its acquisitive strategy to growth. Given the prospects and analysts' projections that United Rentals will grow its earnings by nearly 15% in the next five years, I believe the stock's a real value buy today at under 7 times forward price-to-earnings.

A stitch in time

Rich Duprey (Stitch Fix): Fashion subscription service Stitch Fix is a value stock that comes with a modicum of risk, because the market hasn't decided if it's a fad or a trend.

Direct-to-consumer companies like Dollar Shave Club proved the subscription model can work, but plenty of others, like Blue Apron, have blown up. Whether consumers will continue to embrace getting a new set of clothes to try on every month has some investors skeptical.

While fashion is definitely fickle, which could pose a risk to Stitch Fix, it also provides it with a great opportunity, because it gets to put the latest styles in front of customers 12 times a year. And the type of consumer who needs or wants to stay on top of the latest trends fits perfectly into Stitch Fix's market.

There is competition from services like Nordstrom's Trunk Club, and Amazon.com has been giving its "try before you buy" business a big push, but that should also serve to validate the viability of Stitch Fix's business model.

The stock trades at about half of its 52-week high, but shares have been volatile, in part because of concerns about slowing growth rates. But in the quarter ending in January, active users grew 18% to 3 million, while revenue rose 25% year over year.

Investors looking for a stock that's been knocked about but still has growth potential -- analysts forecast nearly 50% compounded annual growth for earnings for the next five years -- Stitch Fix may be a stock they want to try on.