With the S&P 500 down 1.5% over the past week, it seems turmoil in the Trump Administration isn't doing investors a lot of favors. But give Donald Trump credit where credit is due. His administration is doing great things for one segment of the stock market: 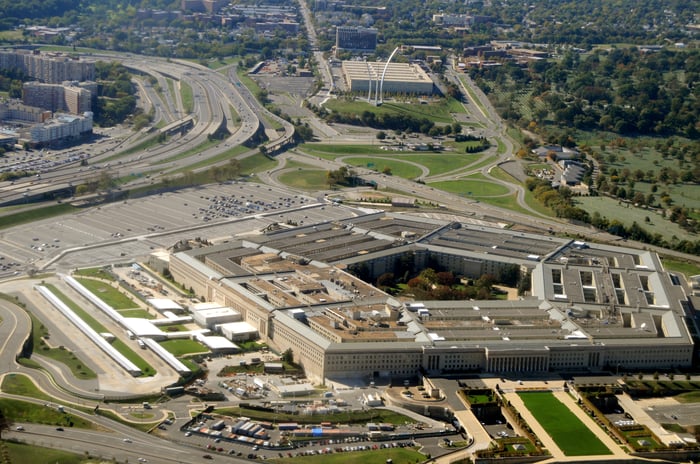 We know this because late last month, the Trump Administration Defense Security Cooperation Agency notified Congress of a whole slew of big ticket arms deals in the works -- weapons sales that promise to pour literally billions of dollars of new revenues into the coffers of some of America's biggest defense contractors.

On one particularly big news day, April 28, the DSCA announced that it has notified Congress of no fewer than seven separate pending arms sales that it plans to push through. These deals are aiming to sell:

Also included in the DSCA's list of pending contracts are two directed toward the NATO Support and Procurement Agency, specifically:

Add them all up, and the global shopping list for U.S. arms comes to more than $2.6 billion in total value, with most of that going to benefit prime contractors Orbital ATK and Raytheon, Boeing, Textron, and Northrop Grumman -- some of the largest defense contractors on the planet, and stalwarts of the U.S. defense industry, each and every one.

And that's just the sales announced on April 28. Since those deals were announced, DSCA has also notified Congress of sales of military apparel to India, MD 530 ground attack fighters to Kenya, and air defense missiles to the United Arab Emirates -- additional billions of dollars worth of revenue for the companies involved.

President Trump has proposed a new military budget that will feature tens of billions of dollars in increased defense spending for the Pentagon. But already, the President's administration is pushing Congress to approve billions of dollars in new weapons sales to America's allies. Between increased military spending at home and increased sales of military hardware abroad, it's boom times for the defense industry in America.

So is it any wonder that the iShares U.S. Aerospace & Defense ETF (NYSEMKT:ITA) is up 16% since the November election? Heck, if every single stock in the defense industry wasn't so clearly overvalued already, I might even buy a few of them myself.