Please ensure Javascript is enabled for purposes of website accessibility
Log In Help Join The Motley Fool
Free Article Join Over 1 Million Premium Members And Get More In-Depth Stock Guidance and Research
By Todd Campbell – May 21, 2017 at 8:21AM

Warren Buffett may be famous for buying great stocks at fair prices, but he doesn't own every stock he buys forever. He's always tinkering with the holdings in Berkshire Hathaway's (BRK.B 0.59%) (BRK.A 0.66%) portfolio. So, if you're following in his investing footsteps, it's important to keep track of his changes, especially when it comes to knowing what he's selling. 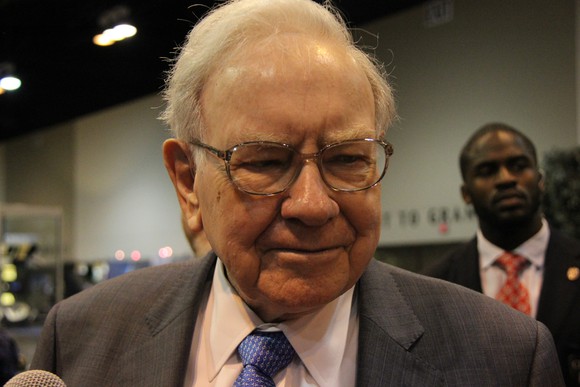 IBM has been making big headway in transitioning itself away from legacy technology solutions that are slowing toward high-growth markets like cloud computing, but it appears Warren Buffett thinks shares reflect a lot of the potential associated with this turnaround.

In Q1, he sold nearly 17 million shares in IBM, leaving Berkshire Hathaway with 64.5 million shares on March 31. IBM remains a big holding, but when Buffett's started selling big positions like this in the past, he's kept on selling them.

IBM's push into artificial intelligence is still a reason to like its stock, but IBM's growth has remained anemic despite its efforts to capitalize on cloud-based services and AI. Competition from Amazon and Microsoft has been fierce, and as a result, growth in those markets hasn't been enough to offset sliding sales in other markets. In Q1, IBM notched its 20th consecutive quarter of year-over-year revenue declines, and earnings per share remains well below its peak. 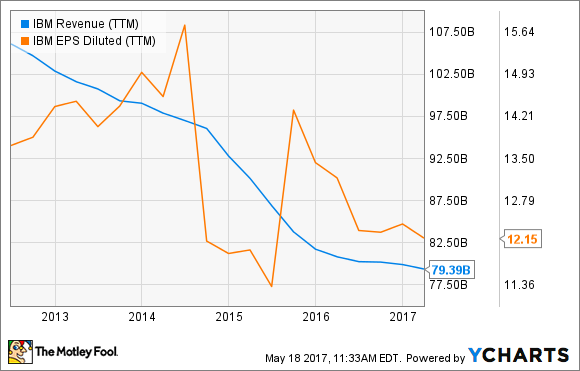 Obviously, we don't know if Buffett's going to sell his remaining IBM shares at today's prices. But he was a seller when shares were $180, and that could indicate he'll be a seller if IBM shares rally from their recent lows. Because of that risk, it's probably best to stay away from IBM until we know for certain what Buffett's doing.

It's no secret that Buffett's recent interest in airlines is surprising. In the past, he's said his previous foray into airlines was "dumb." And he's joked that "far-sighted capitalists" would have "done their successors a favor shooting Orville [Wright] down."

Despite his prior misgivings, Buffett bought a truckload of shares in airline operators ahead of 2017, and in the first quarter, he added to his Southwest Airlines and American Airlines (AAL 2.24%) positions.

There are key differences between American Airlines and Delta Air that shouldn't be ignored. Delta manages fuel costs conservatively by hedging those expenses, while American doesn't. Delta relies on profit sharing as part of its pilot compensation, and that could expose it to wage increases as a pilot shortage takes its toll. Delta trails American in modernizing its fleet, exposing it to greater capital spending, too. Finally, Delta's already captured synergies from its merger with Northwest, but there's arguably more synergies yet to come from American Airlines' more recent merger with US Airways.

Overall, Buffett still seems to believe mergers and bankruptcies have removed enough capacity from the industry to give airlines pricing power, but given his interest in other airlines, and his selling of Delta Air last quarter, investors might want to follow in his footsteps in this industry cautiously.