Please ensure Javascript is enabled for purposes of website accessibility
Log In Help Join The Motley Fool
Free Article Join Over 1 Million Premium Members And Get More In-Depth Stock Guidance and Research
By Reuben Gregg Brewer – May 23, 2017 at 6:06PM

Construction machinery can be just as exciting to own as it is to watch. Here are three names you should be looking at in 2017.

Roughly 40% of Caterpillar's first-quarter sales were tied to its construction business. The rest was split between energy and transportation (35%) and mining (17%). That said, Cat hasn't exactly been hitting it out of the park lately; between 2012 and 2016, sales at the company fell a massive 40%. 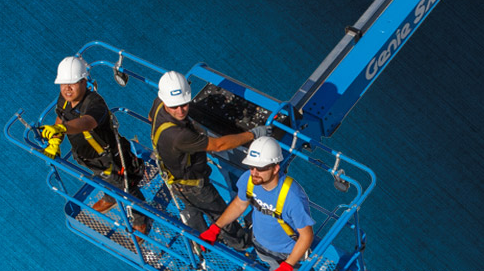 However, Caterpillar is a leading name in the construction equipment industry backed by a global support network that's pretty much unrivaled. Simply put, it's well positioned. And it looks like things might be starting to get better. For example, the first quarter was the first quarter in two and a half years that Caterpillar's sales and revenues were up year over year. Profits in all three business segments improved in the quarter, too, with notable strength in the long floundering mining business (which Cat calls its resource segment).

Caterpillar's shares have been heading higher since hitting bottom in early 2016. However, if you're looking to invest in a leading construction equipment name, Cat needs to be on your short list. And now could be a good time, since management just increased full year revenue guidance after its solid first-quarter showing.

Next up is Cummins, which isn't a pure play on the construction equipment space since its focus is on engines. Notably, though, it has long had a strong working relationship with Cat's main competitor, Komatsu. There are two reasons to like Cummins.

First, because it sells engines for everything from construction equipment to heavy trucks, Cummins isn't as exposed to the ups and downs of one sector as, say, Caterpillar. To give you a sense of the issues, while Cat's top line was crumbling 40%, Cummins' sales only fell 3%.

Second, Cummins is something of a picks-and-shovels play as it supplies the companies that make the equipment. So, it can work with just about anyone, expanding its reach within the industries it serves. The Komatsu arrangement is a good example of this. 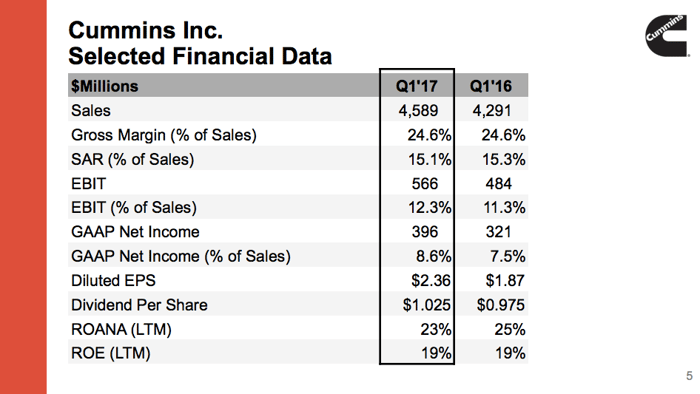 Like Cat, Cummins had a solid first quarter, with sales up year over year. That hints that key end markets could be starting to pick up again -- and that means now is a good time to look at this picks-and-shovels option in the heavy equipment space.

3. Getting smaller to get bigger

The last name on this list is a turnaround play. Terex makes the giant machines that lift things, like cranes and aerial work platforms. It also makes materials handling equipment. That trio of businesses is what's left after a restructuring effort to jettison less profitable segments, the goal being to focus on areas where Terex has leadership positions and higher margins.

The problem is that selling assets has led to revenue declines and ugly earnings numbers. For example, first-quarter sales were down 9%, and earnings dipped into the red on one-time costs related to the restructuring effort. These moves should make Terex a better company over the long term, but they make the near-term harder to read. Earnings reports are likely to be less than inspiring through the rest of the year, too, since it just sold another business in early 2017. 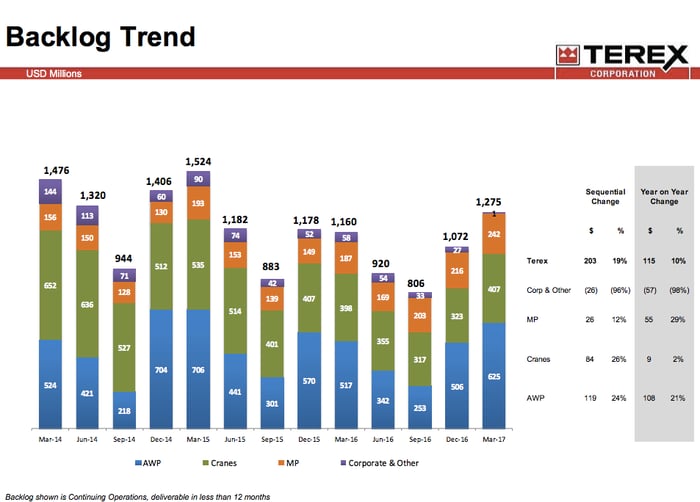 Terex's backlog has been growing, a good sign for the future. Image source: Terex Corporation.

But once the company is done with this revamp, it should be better positioned to prosper in the years ahead. And, more interesting today, the company's backlog has grown in each of the last two quarters. That goes along with the uptick in sales at Cat and Cummins and hints at a brighter future right around the corner. If you can handle the uncertainty of an in-process turnaround effort, Terex should be on your short list today.

It's been hard to like the fundamentals in the construction machinery business over the last few years. But results at Cat, Cummins, and Terex all appear to point to an underlying improvement slowly taking shape. Although the story behind each of these companies is different, each could easily find a place in your portfolio in 2017 if you're looking for a long-term construction machinery play.