Please ensure Javascript is enabled for purposes of website accessibility
Free Article Join Over 1 Million Premium Members And Get More In-Depth Stock Guidance and Research
By Keith Speights - May 23, 2017 at 4:03PM

The billionaire is losing money so far this year on Alliance One International, Key Energy Services, Eastman Kodak, California Resources, and ServiceSource International.

Billionaire investor George Soros has enjoyed plenty of huge winners during his career. He's had quite a few in 2017. On the other hand, Soros has had his fair share of losers as well. 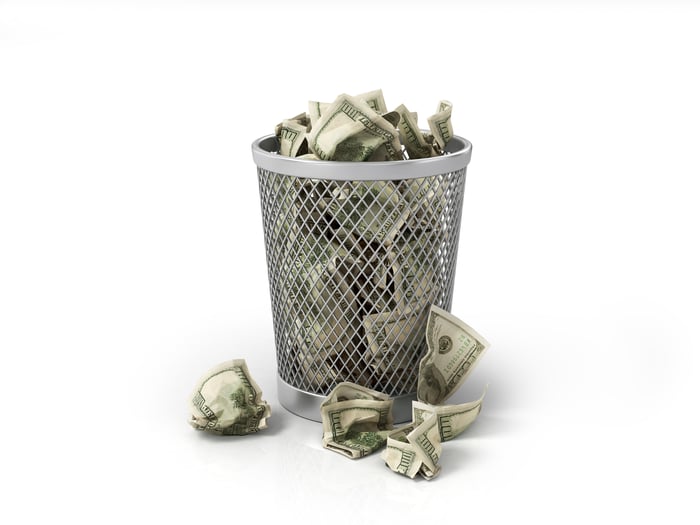 Alliance One: From best to worst

Around this time last year, Alliance One ranked among George Soros' top winners. However, the stock is down more than 40% so far in 2017. What happened? When the leaf tobacco company reported its results for the third quarter in February, pretty much every financial metric had deteriorated from the prior-year period.

For the most part, Alliance One could blame its woes on the weather. El Nino weather patterns caused tobacco crops in the U.S. and Tanzania to be smaller in the quarter ending Dec. 31, 2016. In addition, the company had some shipping delays in Turkey due to the timing of crop purchases from farmers, which resulted in expected revenue being pushed back. Alliance One's issues weren't a huge setback for Soros, though: His stake is less than $700,000 -- pocket change for the billionaire investor.

Eastman Kodak: Not a pretty picture

Eastman Kodak is another Soros holding that emerged from bankruptcy, although the printing and imaging technology company filed for bankruptcy back in 2012. Like Key Energy, Kodak stock was performing relatively well this year until it reported fourth-quarter results in March. Shares tanked after the underwhelming results and are now down close to 40% for the year.

Despite posting generally positive results for the first quarter of 2017 in early May, Kodak stock has continued to languish. The company decided to keep its Prosper inkjet printer business rather than sell it. Even with that decision, though, Kodak expects revenue for this year to be near the same level as 2016 with perhaps slight growth. George Soros probably isn't too worried about the stock, however, since his stake is worth less than $400,000.

California Resources: Horrible performance -- but it could be worse

California Resources stock is down more than 40% so far this year. And that's an improvement from where things stood just a few weeks ago, when the oil company's share price was down more than 50% year to date. A better-than-expected earnings update on May 5 helped the stock rebound somewhat.

There are two key issues for California Resources. First, it has a huge debt load. Second, oil prices have been low. Those two factors mean that over half of the company's EBITDA is going just to pay interest expense. So just how much is California Resources hurting Soros? He owns 2 million shares, so the billionaire is feeling the oil stock's pain.

Like a couple of the other stocks mentioned, ServiceSource International started out 2017 relatively well but took a huge dive in late February after announcing disappointing fourth-quarter 2016 results. Shares are down more than 40% so far in 2017.

The company, which provides customer success and revenue life-cycle management solutions, actually reported higher year-over-year revenue and earnings in the fourth quarter. However, ServiceSource projected little, if any, revenue growth for full-year 2017 and continued net losses. After again posting dismal results in May for the first-quarter of 2017, the company lowered its 2017 outlook -- disappointing investors one more time. George Soros probably wasn't happy, but he likely wasn't despondent, either: His stake in ServiceSource is valued at less than $2.5 million.