It looks as if Apple (NASDAQ:AAPL) and Samsung (NASDAQOTH: SSNLF) have decided to make a play in the self-driving car market to compensate for a saturating smartphone environment. The iPhone maker fired the first salvo in April, when it received a permit to test self-driving cars in California, where almost 30 companies are already testing their technology.

Samsung didn't want to be left behind and joined this crowded bandwagon earlier in May, receiving clearance from South Korean authorities to trial its driverless-car technology. But are these smartphone giants going to cut it despite being late to the driverless-car game? 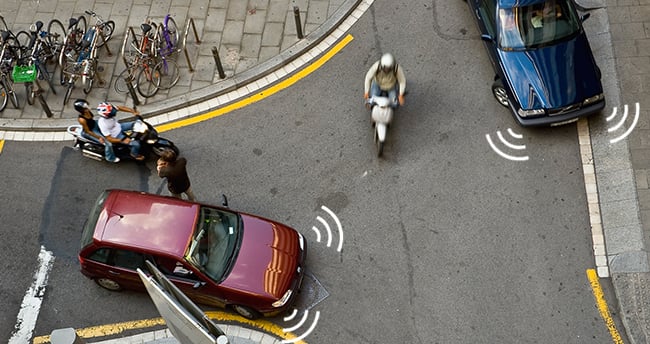 But the $8 billion acquisition of Harman International should give some legs to Samsung's driverless-car dreams, giving it access to a team of 8,000 engineers focused on developing cloud-based automotive solutions. The Harman acquisition gives Samsung access to Harman's Life-Enhancing Intelligent Vehicle Solution (LIVS), which was launched last year.

As it turns out, Samsung doesn't have any intention of manufacturing its own cars, according to a statement a company executive issued to Reuters. Instead, the company wants to focus on developing self-driving algorithms based on the principles of deep learning. Of course, NVIDIA has a strong lead in this market, with Tesla already using its platform, while other automakers such as Audi and BMW are also testing the graphics specialist's technology.

But Samsung has a chance to hone Harman's driverless expertise in South Korea, where the government is spending $9.7 million to build a model city spanning 360,000 square meters to test autonomous vehicles. The smartphone giant can use this tailor-made project to gather more data to train its software, though only time will tell how many automakers commercially adopt its technology over that from seasoned players such as NVIDIA.

Apple has never formally acknowledged its self-driving-car ambitions, but recent developments clearly indicate that it is keen on attacking this market. The iPhone maker is going to use three Lexus SUVs to test its self-driving technology on California's public roads. In fact, Apple's car has already been spotted driving around Silicon Valley roads, powered by Velodyne's top-of-the-line LIDAR sensor.

Apple remains tight-lipped about its driverless-car ambitions, secretly developing the project in California and Canada, according to a Bloomberg report. However, Bloomberg believes that the company will first focus on the software side of things before thinking about getting into full-fledged car manufacturing, with the final decision on its self-driving-car strategy expected by the end of the year.

However, Apple doesn't have any prior expertise in this field, unlike Samsung, so it might take longer than its smartphone rival to build its driverless-car technology. But investors shouldn't forget that Cupertino is sitting on a cash hoard of $250 billion, meaning it has the resources to hire the best engineers to ramp up development.

But an easier way will be to acquire a company that's already deep into autonomous-car technology, like Tesla. In his latest research note, Citigroup analyst Jim Suva pinpoints Tesla as a potential acquisition target for Apple. This possibility shouldn't be ruled out, as Tesla CEO Elon Musk met Apple's acquisition chief earlier this year.

Apple, therefore, could go from being a laggard to a leader in the driverless-car race if it buys a company that's ahead on the technology curve. Otherwise, it will be difficult for it to keep up with Samsung and the others.