Please ensure Javascript is enabled for purposes of website accessibility
Log In Help Join The Motley Fool
Free Article Join Over 1 Million Premium Members And Get More In-Depth Stock Guidance and Research
By Daniel Miller - May 24, 2017 at 12:43PM

The company beat estimates during its third quarter, but management's weaker-than-expected guidance sent shares lower. However, this isn't abnormal in Dycom's trading pattern.

Shares of Dycom Industries Inc. (DY -2.29%), a provider of contract services to design and build infrastructure for telecommunications providers, are down a significant 18% after the company released its third-quarter 2017 results.

Looking at the company's third-quarter results, you wouldn't expect such a drastic decline. Dycom posted an 18% increase in revenue, up to $786.3 million, which topped consensus estimates calling for $736.7 million, per Thomson Reuters. Dycom's bottom line also seemed healthy, with adjusted earnings checking in at $1.30 per share, a 20% increase from the prior year and higher than analysts' estimates for $1.19 per share. 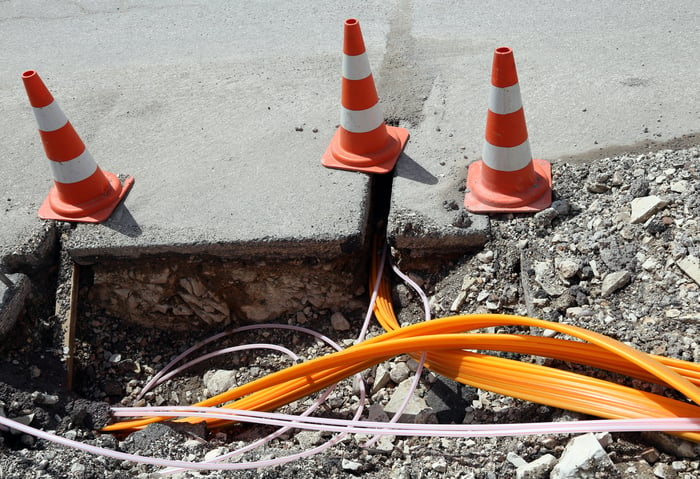 There is an important factor to note as investors sell the stock. As you can see in the chart below, Dycom often surges or plunges on earnings releases. 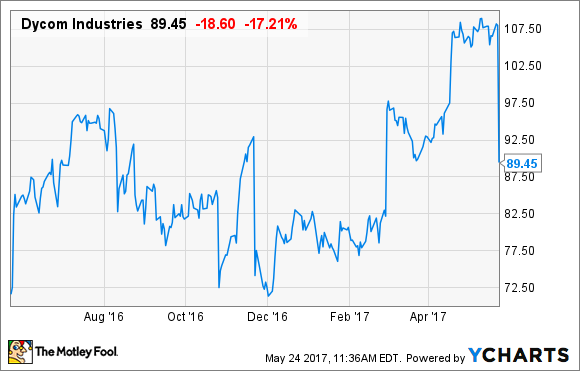 So what spooked investors this time around? Even though this was the company's 10th straight quarter of double-digit non-GAAP organic growth, the 14.9% rate was the slowest quarterly result since the fourth quarter of 2015.

Another factor hurting the stock price today is that management's earnings-per-share forecast disappointed investors and analysts. On the top line, management expects revenue to check in between $789 million and $810 million, compared with analysts' forecasts for just under $850 million. Management expects the fourth-quarter adjusted earnings to be $1.35 to $1.50 per share, which is well below analyst estimates for $1.79 per share.

If you're invested in Dycom for the long term, take today's drop -- albeit a large one -- with a grain of salt because this is historically how Dycom trades on its guidance. Today the stock is going lower, but it has popped to the upside just as easily in the past. If nothing about your investing thesis has changed, stay the course.

Why Dycom Stock Got Crushed Today

Why Dycom Shares Soared 23% on Tuesday