Smart investors don't try to time the market, but know what to do with individual stocks regardless of what the market thinks. That includes buying stocks when others are fearful, especially when it's a growth stock in question. Growth stocks usually command premium valuations which might make traders wary but doesn't deter an investor who wants to build wealth for the long term. Our contributors believe AMC Entertainment (AMC), Franco-Nevada (FNV -1.79%), and Starbucks (SBUX -4.44%)are three such stocks that smart investors can consider now.

Rich Duprey (AMC Entertainment): Not just the biggest U.S. theater operator, but the biggest in the world, AMC Entertainment has an opportunity coming up to take advantage of some potential blockbuster films that are due out in the months ahead. Alien: Covenant, Transformers: The Last Knight, and Star Wars: The Last Jedi are all due out this year, and any one of them could make up for the decidedly lackluster performance of Hollywood so far this year. 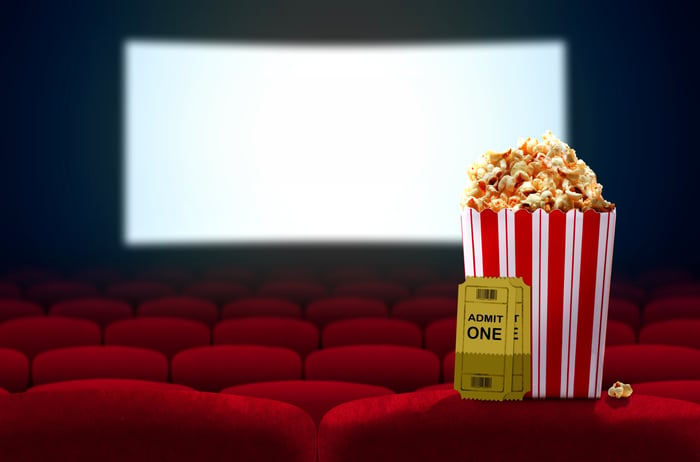 Last year, AMC CEO and President Adam Aron blamed Hollywood's inability to make decent movies as the problem behind his theater's weak showing at the time, but it's something that hasn't been corrected. The industry's box office is only up around 2% year to date at $4.1 billion, according to Box Office Mojo, helped along by the release of Guardians of the Galaxy 2 earlier this month, but this same time last year theaters were riding 7% higher.

AMC's shares have tumbled 25% from the highs they hit late last year, partially on a fear that premium video on demand will eat into movie revenues. With the average price of a ticket an estimated $8.84 each, up 2% from last year but 28% higher than a decade ago, going to the movies is an expensive proposition, particularly when you add in a trip to the concession stand. It's easier to stay home and watch something on demand.

Yet Cinemark (CNK -2.02%) is only down 7% from its 52-week high and Regal Entertainment (NYSE: RGC) is still in the black. It does seem like it's more a poor movie environment -- the much heralded King Arthur movie was a complete dud -- that should pick up in the back half of the year.

Moreover, AMC Entertainment is continuously upgrading its theaters to make the experience more enjoyable, and with its recent acquisition of Carmike Cinemas added to the portfolio, it will have more opportunity to gain audiences' attention. With a PE ratio priced only slightly above the market average but sporting a price that's a fraction of its sales, AMC Entertainment's discounted stock price is a bargain for this industry leader. Roll credits!

Some glitter in your portfolio shouldn't hurt

Neha Chamaria (Franco-Nevada): With the political turmoil in the U.S. deepening, smart investors are increasingly turning their attention to "safe-haven" assets like gold, more so in the form of gold stocks. Gold prices flourish during uncertain times, boosting the growth prospects for companies dealing in gold. Gold stocks can also be pretty volatile though, which is why a smart investor might be better off considering a streaming company stock like Franco-Nevada right now that has traditionally outperformed gold miners and will likely continue to do so.

As a streaming company, Franco-Nevada offers investors exposure to gold without the risks associated with owning a mining stock. Even within the precious metals streaming space, Franco-Nevada is the most diversified with interest in silver, oil and gas, and platinum group of metals aside from gold, and also boasts best-in-class profit margins. Thanks to interests in high-growth mineral assets, Franco-Nevada expects its gold equivalent ounces to grow nearly 14% from 2016 levels -- which was a record year -- by 2021. At the same time, the company expects revenues from oil and gas to grow substantially in coming years.

In other words, Franco-Nevada has its growth catalysts in place, which should continue to drive the stock higher. The stock is already flying high, having gained nearly 21% year to date, but that's backed by strong growth in earnings and cash flows. Franco-Nevada is also among the best dividend stocks in the precious metals space, having grown its dividends considerably in recent years. While having a gold stock in your portfolio shouldn't hurt, owning a high-growth potential stock like Franco-Nevada could make it even more worthwhile.

Keith Noonan (Starbucks): With its only mildly exaggerated reputation for having a store location on every street corner in America, Starbucks might not stand out as a company and stock that still has big growth ahead, but the coffee chain is actually in the midst of a massive expansion push that has the potential to return great results for shareholders. At the end of 2016, management laid out a five-year plan targeting annual growth of 10% for sales, earnings growth between 15% and 20%, and mid-single-digit comparable same-store sales growth. It's worth pointing out that the company is now guiding for annual sales growth between 8% and 10% this year, an indication that there could be some bumps along the way, but the overall picture looks promising. 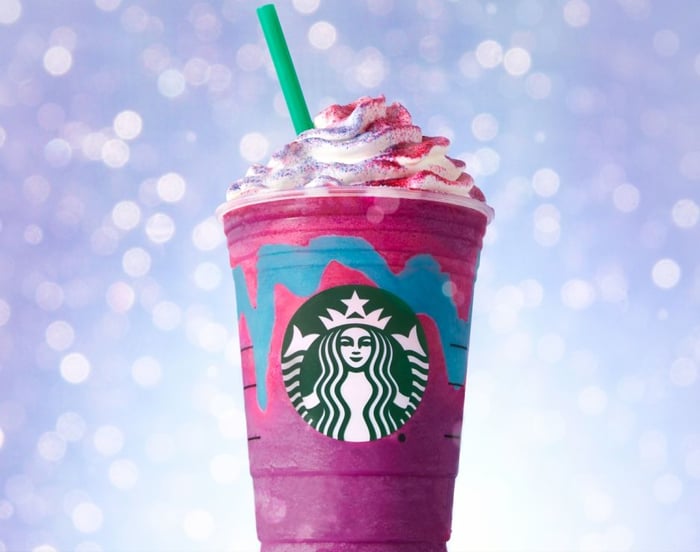 In terms of comp growth, the company is looking to increased premiumization, food sales, and mobile ordering to drive sales -- and looks to have substantial opportunities across those initiatives. The other core of the company's ambitious growth strategy is international development. Starbucks is aiming to increase its store count from 26,161 stores as of March 31 to 37,000 by 2021, with China in particular standing out as an area of intense focus for the company. The Seattle-based coffee giant aims to increase its location footprint in the Middle Kingdom by roughly 5,000, is posting impressive profitability increases in the territory, and estimates that the country will eventually overtake the U.S. as its top market.

Income-focused investors looking for dividend growth also have reason to like Starbucks stock. Its payout currently yields roughly 1.7%, and with the cost of distributing its dividend representing roughly 50% of trailing free cash flow and strong earnings momentum at its back, there seems to be plenty of room for growth.