The social media industry is a tough one to thrive in. Advertisers and investors lose interest when a company stops growing its users, popular features are widely cloned, and the 800-pound gorillas of the industry continually crush smaller players with their expanding ecosystems.

The safest social media stock is arguably Facebook (META 27.47%), which dominates the space with 1.94 billion monthly active users (MAUs). But there are plenty of lemons in this industry that investors should avoid. Let's check out three social media stocks I'd personally never touch: Snap (TWTR), Twitter (TWTR), and Line (LN) 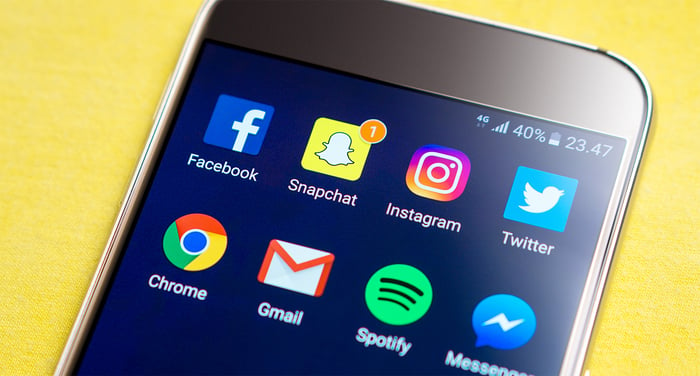 Back when Snap made its public debut in March, I strongly advised against buying the stock -- due to its slowing user growth, widening losses, unrealistic revenue targets, nosebleed valuation, and murky plans for the future. Its disastrous first quarter report in May merely confirmed my initial fears.

During the quarter, Snap's revenue surged 286% annually to $149.7 million, yet missed estimates by $8.3 million. Daily active users (DAUs) rose 36% annually to 166 million, missing expectations by two million DAUs and representing just 5% sequential growth. Its average revenue per user (ARPU) rose 181% annually to $0.90, but that represented a 14% sequential decline -- indicating that Snap was struggling to squeeze extra revenue out of its users.

Many critics attribute Snap's decline to Facebook's introduction of Snapchat-like features for Instagram and Messenger. On the bottom line, Snap posted a whopping loss of $2.2 billion for the quarter -- with $2 billion of that total being spent on stock-based compensation. Wall Street believes that Snap could still generate $1 billion in revenue this year. But even if it hits that target, the stock still trades at a frothy 24 times forward sales -- which is more than double Facebook's forward P/S ratio of 11. 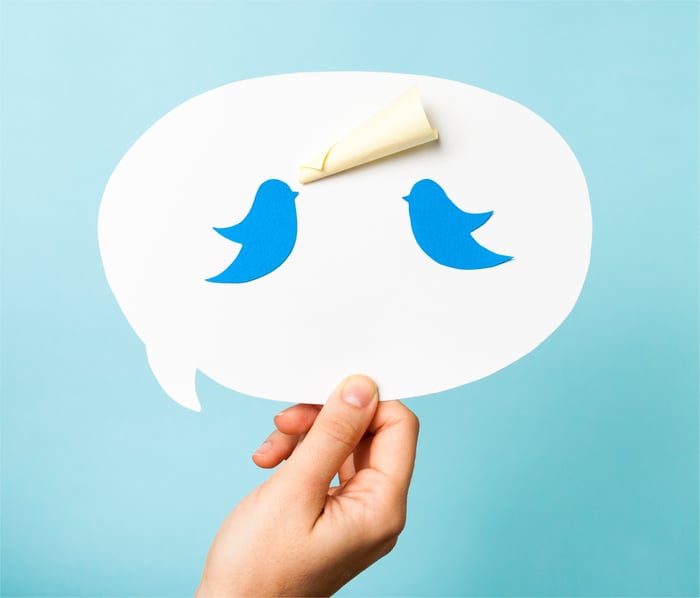 Twitter rallied in late April after its first quarter numbers beat analyst estimates on both the top and bottom lines. However, the numbers were still disappointing -- revenue fell 8% annually to $548 million, and non-GAAP earnings declined 27% to $0.11 per share. Its GAAP net loss of $62 million only represented a slight improvement from its loss of $80 million a year earlier.

Twitter's MAUs rose 6% annually to 328 million during the quarter, but its ad revenues (86% of its top line) dropped 11% as prices for ads on the platform have continued to fall. This is a bright red flag, because up until the third quarter of 2016, Twitter's ad revenues had risen annually even with lower MAU growth rates. Therefore, there's no guarantee that its new ad initiatives -- like live streaming deals with major media companies -- can rectify this disparity. Twitter certainly looks cheaper than Snap or Facebook at six times this year's revenue, but it's hardly a bargain.

Like Snap and Twitter, Japanese messaging app Line is also struggling to grow against Facebook's expanding ecosystem. In particular, Facebook's WhatsApp and Messenger -- which each have 1.2 billion MAUs -- represent massive threats to Line's much smaller user base, which grew just 1% annually to 217 million MAUs at the end of 2016.

Line's revenue rose 16% to 38.9 billion yen ($350 million) last quarter, fueled by a 50% year-over-year jump in advertising revenues. However, its operating income fell 25% as it increased its headcount to expand its mobile virtual network operator Line Mobile and its AI cloud platform Clova. Those investments caused its adjusted diluted earnings to fall 22%.

Line doesn't provide full-year forecasts, but it stated that it expected "higher" revenues in the first half of 2017, fueled by "steady growth" in advertising and MAU growth in its four key markets of Japan, Taiwan, Thailand, and Indonesia. It also expects its operating income to rebound later this year.

Line has more redeeming qualities than Snap or Twitter, and the stock isn't that expensive at 6 times sales. Unfortunately, the growth of WhatsApp and Messenger, along with Tencent's WeChat in China, are just too significant to ignore -- so it could only be a matter of time before this underdog app gets crushed.

There are still solid social media stocks in the market besides Facebook, but Snap, Twitter, and Line just don't make the cut. Snap's glaring lack of a moat, Twitter's waning ad revenues, and Line's imminent showdown with Facebook make these stocks poor long-term plays on the growing social media market.