The past two earnings releases were not kind to Ubiquiti Networks (NYSE:UI) stock. After reaching an all-time high of over $64 per share in February, the stock has since declined 25% as of this writing, despite the fact the company beat revenue estimates for both reports and earnings expectations in May.

It appears investors are wary of guidance for lower earnings coming in the next report, accompanied by rising inventories and receivables. Still, these developments are part of a larger strategy the company has in place. 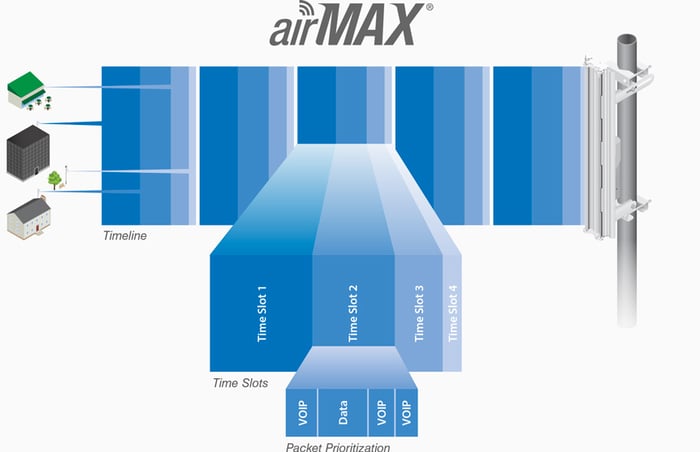 Another knock on the two recent reports was gross margin, which shrank almost 4 percentage points to 45.4%. CEO Robert Pera noted that the company is deliberately pricing its products lower to drive volume and claim market share.

He believes this volume will help accomplish two things. First, the company will be able to bring down costs -- Pera noted, "[I]f you remember, when we went public, we had margin in the low 40s, and then over time, it went up to the high 40s to almost 50%."

Second, the company is coming out with new products this year, some of which may be higher margin. The idea is that customers adopting Ubiquiti's two platforms -- Airmax (for wireless service providers) and Unifi (for enterprise) -- will then buy additional hardware and software later on. Pera specifically pointed to the low pricing of new Airmax AC second-generation customer-point-of-entry devices (CPEs). These are the radios placed on rooftops to receive Wi-Fi. Later this year, the company is coming out with LTU, its point-to-multipoint technology that Pera believes will revolutionize the industry. So if operators buy lots of CPEs, they will then buy the higher-priced radios that go along with them. "For long-term shareholders, we know what we're doing," Pera said.

For the current quarter, Ubiquiti guided to earnings of $0.69 to $0.74 per share, down from last quarter's $0.77, which is likely to give investors pause. However, Ubiquiti noted that the company will incur a non-recurring milestone payment for research and development this quarter, which will bump the expense to 9% to 10% of revenue. At $220 million of sales, the midpoint of guidance, that would amount to roughly $21 million, which would be an increase of $5 million over last quarter, or $0.06 per share. Otherwise, earnings per share would be roughly in line with the previous period, and it is likely a positive sign that the research and development teams are hitting their milestones.

In this case, the milestone is probably related to the development of LTU, which is the new custom chip Ubiquiti is developing for its Airmax radios. With LTU, the company believes it can expand its service-provider business to "dense urban environments, beyond its traditional strength in rural and remote areas." http://ir.ubnt.com/releasedetail.cfm?ReleaseID=1024908

Inventories and accounts receivable are up, but . . .

However, the increase seems to be a strategic decision. Noting that Ubiquiti products have long lifecycles of five-plus years, the company wants to make sure its distributors are fully stocked. The lean business model has been good for profitability until now, but a frequent complaint among customers was the inability to find products at times.

Now that the demand is there, the company wants to make sure product is available before customers turn to the competition. Pera described this problem during the call: "[T]hese system integrators and operators, if they can't get product to extend their networks, so they can't get products to complete their projects, they are going to move to other vendors. And that's just horrible."

Ubiquiti is spending more now to reap the gains later, but the market tends to favor a short-term view of results. Investors have to buy into Pera's vision and strategy, but skeptics are likely to stay on the sidelines until they can see evidence that these moves are paying off. At least the management team is bullish -- Ubiquiti recently bought back nearly $100 million in stock, the most it has ever repurchased in a single quarter.