There's been an artificial intelligence revolution (AI) going on all around us for the last several years. It may not seem obvious at first, but it you look closely, the signs are everywhere. Natural language understanding powers virtual assistants on cellphones. Natural language processing is providing foreign language translations on websites. Mapping apps are giving directions, detecting traffic jams and routing travelers around them in real time. Big tech companies are using AI to optimize cloud computing. Image recognition is identifying your friends on social network photos and suggesting tagging them.

There's another area being driven by AI that may surprise you. The next time you text your bank, cellphone service provider, or retailer, the agent you're dealing with might be a chatbot. This form of conversational AI is being more widely adopted to perform simple customer service tasks. According to research conducted by marketing technology vendor HubSpot, Inc. (NYSE:HUBS), of 1,426 respondents worldwide, 74% had used voice search in the prior month, and 63% of people using services based on AI technology didn't even know it. 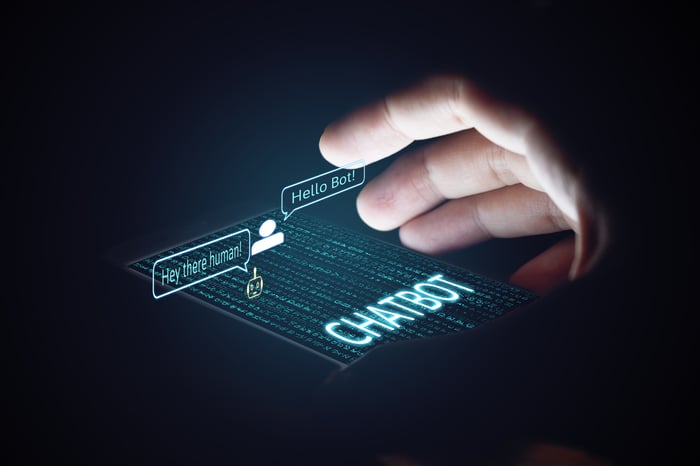 Georgia Tech's College of Computing offers an online Knowledge Based AI course to 300 students each semester staffed by a professor and eight teaching assistants (TA). Over the course of the class, they were inundated with the 10,000 messages received via the classes online forum, which became too onerous to handle. They added a ninth TA in the most recent semester using tools from International Business Machines Corporation (NYSE:IBM) and its cognitive supercomputer Watson.

The TA, whose identity was unknown to students, was a chatbot aptly named Jill Watson, tasked with sifting through the online submissions to answer the more routine questions regarding assignments and classwork. This freed the human TA's for the more complex, philosophical, or challenging queries.

Ashok Goel, computer science professor at Georgia Tech, estimates that within one year, Watson's TA identity will be able to answer 40% of the questions submitted, and the majority of students to date didn't realize that their assistance wasn't coming from a human source. Jill has been programmed to only answer those questions to which she can provide a response with a 97% confidence rate.

Jill was able to achieve this feat because Goel and his graduate students first cataloged and uploaded 40,000 questions posted since the class began in 2014. They found that a good number of the questions were recurring, asked by multiple students each semester. 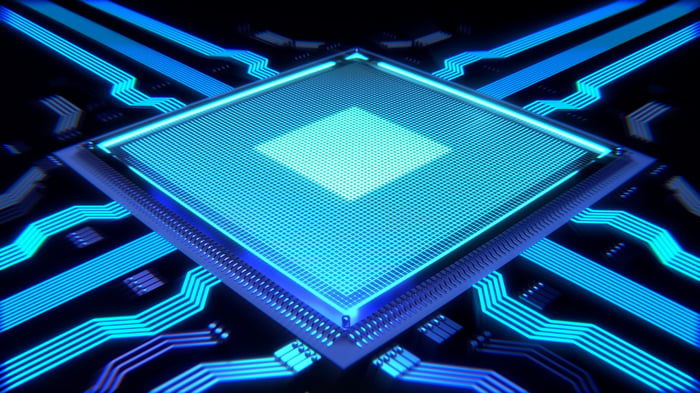 Say it with flowers

Online florist 1-800-FLOWERS.COM (NASDAQ:FLWS) launched its chatbot to help customers place an order or connect them with a human customer service representative. The response from its consumers has been uniformly positive. It found the majority of its customers were comfortable with its bot, especially millennials.

1-800-FLOWERS also unveiled an AI concierge Gifts When You Need, or GWYN for short, powered by Watson which guides customers through an interactive shopping experience that helps them with the task of choosing a gift by running through a series of questions to narrow the search. Without giving specifics, the company revealed that its AI-based technologies have attracted tens of thousands of customers.

A recent survey of 5,000 consumers conducted by LivePerson, Inc. (NASDAQ:LPSN), a leading provider of mobile and online messaging solutions, found that 55% of consumers would prefer a bot over a human, but only in situations where the bot is just as accurate as a human representative. Just over 56%, though, would rather talk to a human, as many still believe that a human will understand what they need better than a bot. A full 89% of consumers globally have a neutral or positive perception of bots in general.

Chatbots are an area of artificial intelligence that companies will need to embrace or risk being left behind. A recent study by Juniper Research concludes that chatbots will have the most profound effect on healthcare and banking industries and will produce cost savings of over $8 billion annually by 2022, up from only $20 million in 2017.