Please ensure Javascript is enabled for purposes of website accessibility
Log In Help Join The Motley Fool
Free Article Join Over 1 Million Premium Members And Get More In-Depth Stock Guidance and Research
By Evan Niu, CFA – Updated May 26, 2017 at 2:38PM

The flagship iPhone price is expected to go up -- a lot.

That was the question posed by Bernstein analyst Toni Sacconaghi to Apple (AAPL -5.61%) on the earnings call earlier this month, referring to heightened expectations surrounding the forthcoming 10th-generation iPhone.

For the most part, CEO Tim Cook dismissed the risk, believing that the possibility of an injunction was quite low and explaining that the reason Apple is now withholding royalties via its contract manufacturers was because "you can't pay something when there's a dispute about the amount."

Just days after Cook brushed aside the injunction risk, Qualcomm (QCOM -4.23%) was reportedly seeking exactly that. Just this week, Qualcomm officially requested an injunction as part of its legal complaint against Apple suppliers over breach of contract. 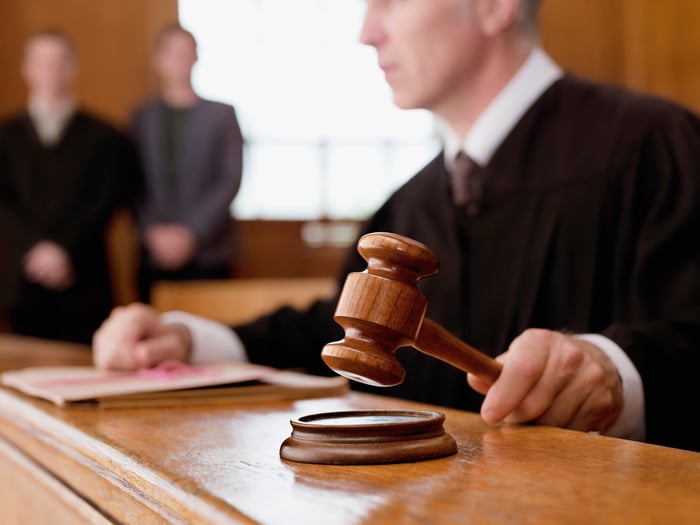 In the motion, Qualcomm argues that Apple is attempting to make the situation "unbearable" for Qualcomm, potentially pressuring it into a "forced settlement" as opposed to protracted litigation, since Apple says it won't pay royalties while the litigation is ongoing. This newfound uncertainty underscores Sacconaghi's question: Why now?

About that rumored price increase

On one hand, the timing seems related to the expiration of Apple's exclusivity agreement with Qualcomm. But there's another possible reason at play here.

One of Apple's principle complaints is that charging a percentage-based royalty is inappropriate, since Qualcomm effectively gets to make more money on features that are entirely unrelated to its cellular technology patents. If Apple -- or any smartphone manufacturer -- charges more for some new feature, like a larger display, more storage, or a better camera, then Qualcomm earns more in royalties despite contributing nothing to those features.

Meanwhile, there are now expectations that Apple may price its 2017 flagship as high as $1,000 or more. The most expensive iPhone that Apple currently offers is $969 (iPhone 7 Plus with 256 GB of storage), but if the flagship model starts at $1,000, it could potentially reach even higher when adding options.

The most likely contributing factor to a price increase is the expected OLED display. Displays are always the most expensive component, but OLED displays are pricey, and Apple has a margin profile to maintain. Qualcomm contributes precisely nothing to OLED displays (another company supplies most of the intellectual property there), and we could be talking about several hundred dollars more in retail price.

Qualcomm's specific royalty agreements vary by manufacturer, and the precise percentage it charges each customer is a closely guarded secret (all unit royalty figures are redacted from court filings). But generally, Qualcomm charges around 5% for multimode 3G/4G devices, using a royalty base of 65% of the net selling price; this figure was disclosed when Qualcomm settled its dispute with China's National Development and Reform Commission (NDRC).

Qualcomm has since pointed to these agreements with Chinese manufacturers as justification that these royalties are reasonable and reflect market rates, and we know Apple's contract manufacturers don't bother negotiating better terms because Apple foots the bill. That implies a royalty of a little over $20 per unit, and that's before you include the roughly $20 that Qualcomm charges Apple for baseband modems.

For example, if the flagship 2017 iPhone comes with a $200 premium due to a redesigned form factor and other new features like an OLED display, Qualcomm would earn an incremental $6.50 in royalties for that unit -- a 30% increase -- for no apparent reason.

There should be little doubt that Apple has been working on the 10th-generation iPhone for a year or more, so it must have known that it was facing a major increase in production costs. At the same time, it already felt that its royalty burden was excessive, and would only get more excessive in the face of a price increase under the current percentage-based royalty structure that Qualcomm's entire licensing business is built on.

Decoupling royalties from the retail price could save Apple a boatload of cash, the precise amount depending on how pricing plays out this fall. In doing so, Apple did introduce a risk that Qualcomm could block iPhone imports, but for what it's worth, FOSS Patents believes Qualcomm has a hard case to prove, so the risk may be muted.