When it comes to banking, U.S. Bancorp (NYSE:USB) is the gold standard -- and has been since at least the financial crisis.

It's been the most profitable big bank in the country for seven consecutive years. And it's done so without putting shareholders' capital at unnecessary risk, which is easier said than done in an industry where external pressure from analysts and investors to grow rapidly in the short run combines with leverage and credit risk to create a volatile mix. It's not just U.S. Bancorp's financial performance that sets it apart from its peers, either. For the third year in a row, it was named in March as a 2017 World's Most Ethical Company by the Ethisphere Institute, which describes itself as the "global leader in defining and advancing the standards of ethical business practices."

It wasn't the only bank to make the list, but it's the only one that you've probably heard of. The two other true banks on the list were Teachers Mutual Bank in Australia and Old National Bancorp here in the United States.

"It is truly an honor to be named a World's Most Ethical Company for the third consecutive year," said chairman and then-CEO Richard Davis earlier this year. "As a financial institution, we understand the importance of building and maintaining trust with our customers, communities, and shareholders. And we are very proud of how the U.S. Bank team strives to be the most trusted choice and how their efforts impact the lives of our customers." 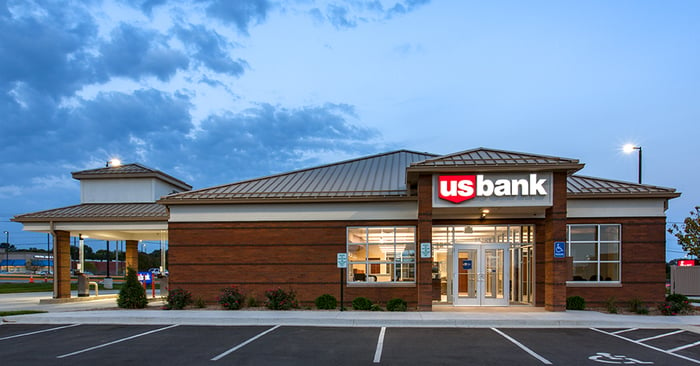 Fast forward to today, and U.S. Bancorp's sterling reputation has been corroborated yet again -- this time by Kiplinger's Personal Finance in its inaugural ranking of best national banks. The Minneapolis-based bank tied with TD Bank for the top spot.

"We're honored to be recognized by Kiplinger's, a publication Americans have turned to for decades as a trusted source of financial advice," said Andy Cecere, president and CEO of U.S. Bancorp. "Where people choose to keep their money or go to for help achieving their goals extends well beyond products and services -- it's about trust."

This isn't vacuous corporate jargon, as so often is the case with prepared remarks from executives. The trust that customers and industry observers have in U.S. Bancorp, as I describe at length here, has served as a magnet for low-cost deposits from corporate customers who are much more discerning nowadays about which institutions they bank with. It's also no coincidence that U.S. Bancorp has the highest credit rating in the industry, which further reduces its cost of funds by enabling it to borrow short- and long-term debt at lower interest rates.

"While banks are on a mission to cut costs and raise revenues -- with customers getting caught in the crossfire -- some institutions are making all the right moves to win satisfied customers, and we're proud to say we were able to name [U.S. Bancorp and TD Bank] in our first-ever Best Banks list," said Janet Bodnar, an editor at Kiplinger's.

The downside to U.S. Bancorp's sterling reputation is that its stock doesn't come cheap. Its shares are valued right now at over two times book value, or nearly twice that of many of its peers. But remember: In bank stocks, as in life, you get what you pay for.