Please ensure Javascript is enabled for purposes of website accessibility
Log In Help Join The Motley Fool
Free Article
Join Nearly 1 Million Premium Members And Get More In-Depth Stock Guidance and Research
By Brian Stoffel – May 28, 2017 at 10:00AM

Neither. It's actually secret option No. 3!

I'm not going to bury the lede. Whole Foods (WFM) isn't going to necessarily sink or swim; I believe it will get bought out within the next two years, likely for a price that's in the same ballpark of where it is today.

The grocery industry has been going through massive consolidation over the past five years, and that move necessarily has to continue. There's so little left to differentiate one player from the next that no one has anything even resembling a moat anymore. 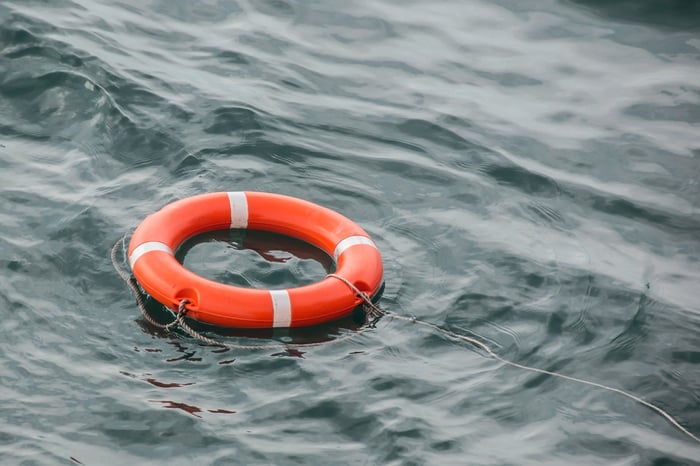 Let's investigate how we got to this place, and what it could mean for Whole Foods investors.

The Great Recession was actually an enormous boon

Rewind 10 years, and you'd see that Whole Foods was the only national chain laser-focused on selling natural and organic goods. Competition was starting to creep in. But then, the Great Recession hit.

While many might look back at how that devastated the company -- the stock did fall 85% after all -- I actually think it was a huge boon. Larger rivals abandoned their organic offerings altogether as consumers started pinching pennies in anticipation for financial Armageddon. That left the entire sandbox to Whole Foods alone.

As soon as the economy started to recover, millennials and Gen Xers with a newfound focus on food health only had one option: Go to Whole Foods. The company's comparable-store sales (comps) growth coming out of 2010 is evidence of this trend.

However, Whole Foods quickly became a victim of its own success. First, there were a bevy of smaller players with a similar focus: The Fresh Market, Sprouts Farmers Market and Natural Grocers.

But while those three might have been annoying flies in the face of Whole Foods' ambitions, it was moves by Kroger (KR -1.74%) and Costco that really signaled a tectonic shift in the food landscape.

Costco began selling organic produce in bulk, and it quickly became one of the largest vendors of such goods in the nation. Just as important, Kroger came out with its own private label organic brand -- Simple Truth -- that rivaled Whole Foods' 365 at every turn, including price.

Perhaps most importantly, forward-looking vendors started to see that improving the shopping experience was vital to matching Whole Foods. The transition from the necessarily evil of food shopping to enjoyable pastime happened with breathtaking quickness. Harris Teeter stores -- later acquired by Kroger -- dotted the East Coast with a sleek new design. At the same time, Roundy's Mariano's Fresh Market -- also acquired by Kroger -- came to be near copycats of Whole Foods in Chicago, Whole Foods' most saturated market.

As you might expect, that's led to a reversal in Whole Foods' comps.

Then the Competition Caught On
Create column charts

The drive toward consolidation

The key takeaway is that anything that differentiated Whole Foods from the competition quickly disappeared. Organic farmers aren't beholden to Whole Foods and are more than happy to sell their goods wherever customers will buy them. In addition, while Whole Foods may have been a pioneer in changing the shopping experience, others caught on very quickly.

Knowing that, what's the advantage the company has over the competition? In reality, it has none. Just like train customers in the 1940s started to focus on price over brand, and airline customers did the same thing in the late 1990s, grocery shoppers will choose price and convenience over all else.

That leads to massive consolidation. With no moats, companies just offer lower and lower prices until everyone is just barely scrapping by. The train industries consolidated, and they now have robust businesses. Airline industries are doing that right now, and even Warren Buffett thinks they are good investments.

Kroger has been on a massive buying spree, while private equity has bought out many of the smaller players, like Safeway and SUPERVALU chains. With German discount giant Lidl likely making a move into the United States, the pressure to consolidate will continue.

Already, activist Jana Partners has started to shake things up at Whole Foods. The company came out with a new strategic vision -- which has been happening with alarming regularity -- that calls for measly 2% comps growth by 2020.  I don't think the company will still be public by then.

For current investors, it's simply a game of wait and see. While the increased dividend might provide some motivation to stick around, there's no telling what will happen in the next few quarters that could affect the buying price of a suitor. The downside is somewhat limited, but I think there are better prospects for your hard-earned investment dollars.