Please ensure Javascript is enabled for purposes of website accessibility
Log In Help Join The Motley Fool
Free Article Join Over 1 Million Premium Members And Get More In-Depth Stock Guidance and Research
By Joe Tenebruso – Updated May 30, 2017 at 1:01PM

The fast-casual chain's impressive seven-year streak of positive comps came to an end in the first quarter.

Zoe's Kitchen (ZOES) reported first-quarter results on May 25. The Mediterranean-inspired restaurant chain is struggling with declining traffic and higher costs, prompting management to reduce its sales and profit forecast for the year ahead. 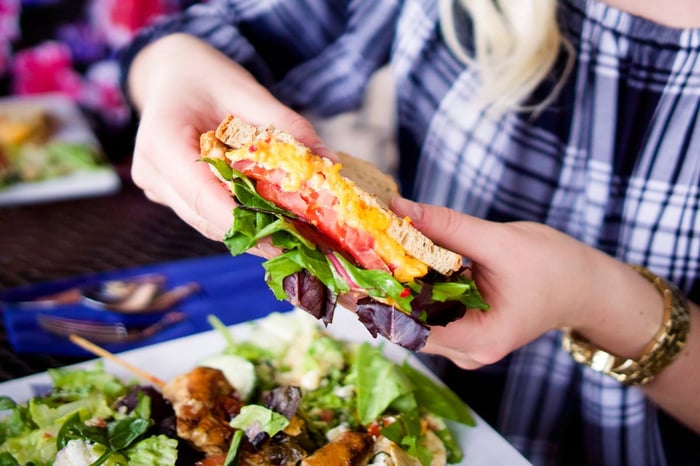 Total revenue rose 12.6% year over year, to $90.6 million, as Zoe's Kitchen opened 10 new company-owned restaurants during the first quarter and a total of 37 over the past year. However, Zoe's Kitchen's comparable-restaurant sales unexpectedly fell 3.3%, as a 4.6% decrease in transactions and product mix more than offset a 1.3% price increase. This broke Zoe's streak of 28 consecutive quarters of positive comp growth, and was significantly below Zoe's guidance for fiscal 2017 full-year comp growth of 1% to 2%.

"The overall industry environment remains tough and our traffic challenges have been magnified as our restaurant base is more concentrated in regions of the U.S. where traffic trends have been softer than national averages," CEO Kevin Miles said during a conference call with analysts.

Miles went on to note that Zoe's new stores are cannibalizing sales from its existing restaurants in certain areas. "Our newer units in these markets continue to open on plan and we are building revenue and market share; however, they are creating a near-term drag on comps," Miles said.

In turn, earnings before interest, taxes, depreciation, and amortization (EBITDA) -- adjusted to exclude pre-opening costs, equipment disposals, and other nonrecurring items -- decreased 2.7%, to $8.1 million. And Zoe's adjusted net income fell to $0.2 million, or $0.01 per share, compared to $1.1 million, or $0.06 per share, in the year-ago period.

These results prompted Zoe's to cut its financial outlook for fiscal 2017, including:

Yet despite its reduced sales and margin guidance, Zoe's Kitchen reiterated its goal of opening 38 to 40 company-owned restaurants in 2017. "While we are dissatisfied with our comp result in the first quarter, we continued to grow share in our largest markets and are confident in the overall health of our brand," CEO Kevin Miles said in a press release.

Miles also highlighted Zoe's plans to introduce new menu items and relaunch its loyalty rewards program, along with the promising early results of its delivery operations. "We believe these initiatives will drive revenue and continue to grow our brand across all the markets we serve," Miles said.